Rents in the UK are growing at the fastest pace since 2008, as people are relocating to city centres, coupled with the return of people to offices, high demand for city living and limited inventory. According to the property portal Zoopla, UK’s private sector rents rose by 4.6% year-on-year in September 2021, while rents outside London increased by 6% year-on-year.

Rents grew in the South West, Wales and the East Midlands at 9%, 7.7% and 6.9% year-on-year, respectively, during the same period. The easing of lockdown restrictions and reopening of businesses across city centres has been pivotal in driving back demand for built-up areas.

According to Zoopla’s report, London’s prices increased by 1.6% annually, compared to a decline of about 10% at the beginning of the year. Of late, there has also been a rise in demand for flexible rental accommodation, especially for students and city workers who have returned after lockdowns. Below is a detailed review of 3 build to rent (BtR) stocks – Savills, Grainger, and Legal & General Group. 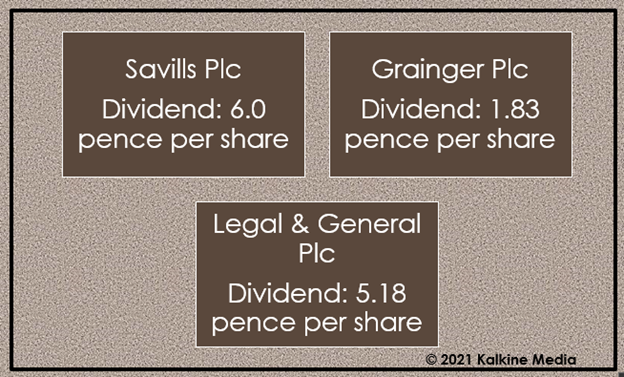 Savills reported a 30% and 6% year-on-year revenue growth in the transactional advisory and property and facilities management business segments, respectively, in H1 2021.

Savills’ board declared an interim dividend of 6.0 pence per share to shareholders for H1 2021.

Grainger Plc is one of the UK’s largest residential landlord companies and has over 9,109 operational rental homes. Last month, TLT, a UK-based law company, advised Network Homes Limited, a provider of affordable housing, for the disposal of its landmark £140 million and 401-home residential build-to-rent development project in Southall, London to Grainger.

At the end of September 2021, Grainger’s property occupancy returned to 94%. It boasts of a £3 billion operational portfolio and a £2 billion pipeline.

For half-year ended 31 March 2021, Grainger Plc declared a dividend of 1.83 pence per share to shareholders.

Grainger’s shares closed at GBX 312.00 at the close of the day’s trade on 15 November 2021. The market capitalisation of the company stands at £2,312.77 million, and the shares of the company returned 7.59% to shareholders in the last one year.

Legal & General Group is a UK-based financial services company. The company also operates in the build to rent and residential property segments. Its urban pipeline encompasses 5,500 build to rent homes.

In H1 2021, Legal & General’s board declared an interim dividend of 5.18 pence per share to shareholders, representing an increase of 5% year-on-year.