‘Greenflation’ is in the regular news these days, it’s a term given to the rising costs associated with the shift towards greener sources of energy. Increasing prices of commodities required for the generation of renewable energy is expected to drive up the costs of establishing new and green power projects in the short term. Overhead costs associated with green energy generation, including labour, permits, installation and new customer acquisition, will decline with improving economies of scale. Metal prices for copper, tin, nickel, aluminium and cobalt that play an instrumental role in driving the energy transition have increased manifolds this year.

Rising costs are, however, expected to be counterbalanced by improving access to funding and economies of scale. Inflating prices and supply chain issues for certain commodities and goods that are required in green projects may not be a long-term threat to the economic viability of renewable energy projects. Here is a review of the investment opportunity in two renewable energy stocks – Ceres Power Holdings and ITM Power. 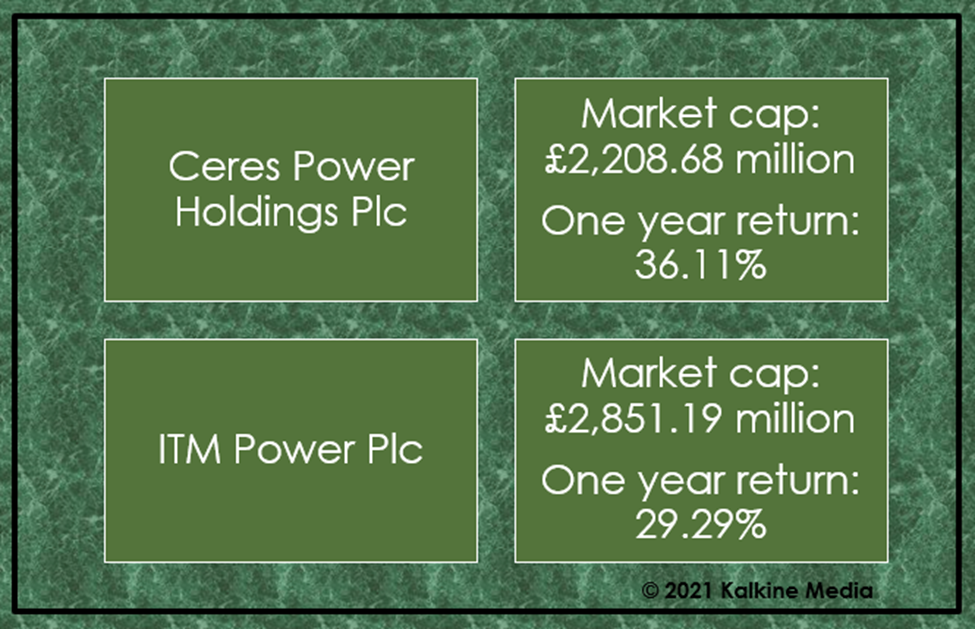 ITM Power is a clean fuel and energy storage firm engaged in designing, manufacturing and integrating electrolysers to generate green hydrogen. Recently, The Green Hydrogen for Scotland Consortium, whose partners include ITM Power, ScottishPower, and BOC, received £9.4 million funding from the UK Government Department of Business Energy Innovation and Skills (BEIS) for Phase I of the development of a 20MW hydrogen production and storage facility for ScottishPower.

In November, ITM Power inked an agreement for the delivery of 12MW of electrolysis equipment to be installed in 2022. It also announced intentions to purchase a site in Sheffield for the establishment of a second UK giga factory in partnership with the University of Sheffield.