Rolls-Royce Holdings Plc (LON: RR.) will now proceed with its new joint venture after successfully securing funding of over £450 million from the UK government and a group of investors. The new firm will focus on the design, development, and deployment of new breed of small modular nuclear reactors (SMR) for the UK government to meet its future energy demand.

The small modular reactors (SMR) are a new generation of nuclear fission reactors that are quicker and easier to deploy than traditional large nuclear reactors. SMRs components can be manufactured at plants and later transported to construction sites where parts can be assembled quickly, reducing on-site construction and costs.

As per the initial estimate, each new generation of small reactors can generate 470 MW of electricity and power close to 1.3 million homes in the UK. On average, it could cost around £2 billion to implement each small reactor which is well below the large scale traditional nuclear reactors.

The UK government plans to move away from the large nuclear reactors like the 3,200 MW Hinkley project at the Somerset site, which has been delayed due to the high cost and time to construct. The initial expected project cost was around £18 billion, which jumped to £23 billion. As a result, the UK government is currently focused on the implementation of small reactors, with the first reactor expected to roll out by 2031. Also, the government intends to set up 16 small reactors across the country by 2050.

The SMRs program between Rolls-Royce Plc and the UK government is expected to generate 40,000 job opportunities and create a new homegrown innovative nuclear technology that can be potentially exported to other countries. 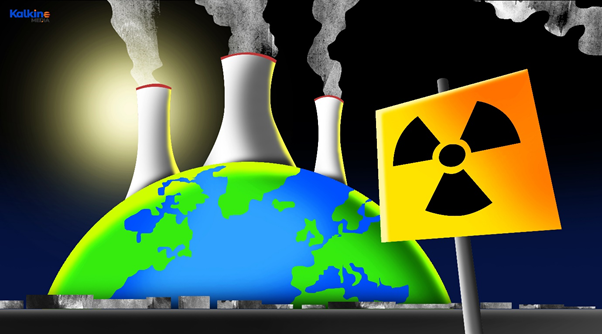 The setup of new generation small nuclear projects is on the UK government priority list to meet its future energy needs and reduce its dependency on fossil fuel amid a global spike in gas prices which led to the business closure of several small energy suppliers. The UK government has set a target to achieve a net-zero carbon emission by 2050. It is currently focused on deploying low carbon power generation such as nuclear, solar and wind and plans to make Britain a hub for the green industrial revolution.

Is Rolls-Royce a good investment prospect?

FTSE100 listed firm has been operating in diversified segments providing engineering expertise to its clients from the different industrial groups. The company has been reporting consistent revenue growth, but its profitability has been lower after the Covid-19 pandemic due to the travel ban and less commercial airline traffic. Services provided to commercial airlines contribute a significate part of the company’s revenue. However, recent ease in travel restriction and growth in passenger traffic can prove beneficial for the company. Also, the company has set a target to generate at least £2 billion through disposals of its non-core businesses and strengthen its balance sheet.