Pfizer booster shot - Which other vaccines may require booster doses?

Pfizer Inc’s (LON:0Q1N) partner Germany based BioNTech SE (LON:0A3M) has said that a booster shot of the established two-shot Pfizer vaccine is expected to serve as a better strategy to fight new variants than altering the existing vaccine product.  It has been suggested that elderly and clinically vulnerable people in the UK should get an additional dose of vaccine in September.

Meanwhile, BioNTech SE is conducting tests to determine if a modified version of its COVID-19 vaccine can offer better protection against the Delta variant. The result of the trial is expected in the final quarter of the year and would also explore if a combination of jabs proves effective against Delta and the original variant of Wuhan or not.

BioNTech has made profits of around EUR 2.8 billion from April to June of 2021. Based on delivery contracts signed for over 2.2 billion doses, BioNTech expects to generate revenues of EUR15.9 billion ($18.7 billion) from the vaccine in this financial year, an increase from May 2021’s forecast EUR 12.4 billion. The revenues include milestone payments, the share of gross profits and sales. Pfizer also increased its vaccine sales estimates for 2021 to $33.5 billion and highlighted the significance of a third shot to fight the new and highly contagious coronavirus variants. 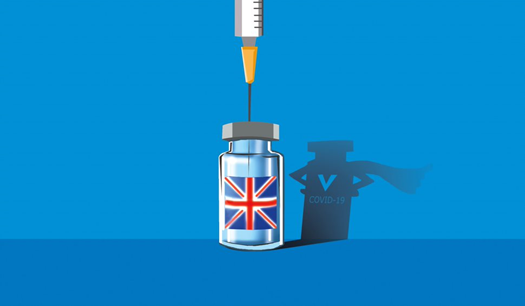 Various studies have revealed that a booster shot of the Pfizer-BioNTech vaccine successfully produced neutralising antibodies against a range of strains, and the antibody boost was only possible with a booster dose.

BioNTech, though has reiterated its plans to commence testing of a vaccine adjusted to neutralise the Delta variant on humans this month. BioNTech is also testing the efficacy of a modified vaccine to fight new variants.

BioNTech and Pfizer were criticised by US health regulators regarding their appeal for authorisation for the booster dose. US health regulators believed that there is a lack of enough supporting data that show the significance of booster shots in fighting against new variants. However, health organisations in the US have approved the administration of the third dose of vaccine for immuno-compromised people.

Booster doses for other vaccines

When Pfizer and BioNTech are testing booster dose efficacy in neutralising new variants, AstraZeneca, the co-manufacturer of Covishield, in an interview with CNBC, revealed that they are not yet sure if a booster dose of its Covid-19 vaccine will be required to offer continued protection. The company highlighted two aspects to the immunity offered by the vaccine — antibodies may decline over time and T-cells that tend to protect against severe diseases and provide long-term durability.

Other studies conducted by the National Institute of Virology (NIV) have shown that the third dose of Bharat Biotech’s Covaxin might prove to be effective against the evolving virus strains and provide long-term protection. However, the final results of the trials are expected by November 2021.

The Russian Direct Investment Fund (RDIF), in its statement regarding the trials conducted on the booster doses of Astrazeneca and Dr Reddy's Laboratories’ Sputnik V trials, revealed no adverse effects.

Moderna Inc (LON:0A45) also highlighted the need for a booster shot to offer strong protection against newer variants. The company revealed that while the vaccine remains 90% effective against Covid-19 for a minimum of six months, there was a decline in antibody levels post six months, particularly against newer variants. The Phase 2 studies revealed robust antibody responses against Covid-19 variants with a booster dose.

With several trials still underway to test the efficacy of booster shots of all established vaccines and many results favouring booster dose administration, vaccine manufacturers are gearing up to increase production capacity to address the demand. Booster shots are thus soon expected to become a yearly thing that would be required to maintain optimum immune response to offer protection against new strains.