The airline sector in the UK is on a recovery path after the Covid-19 pandemic. The steps taken by the UK government to ease travel restrictions and removal of the remaining seven countries from the red list from today will help further boost the passenger traffic.

The UK government has also reduced airlines passenger duty (APD) in the budget on the domestic routes, encouraging travellers to take flights within the country. The domestic APD rate will be reduced to £6.50 from £13. Also, the government will continue its funding to support and develop new aviation technology.

The airline stocks like IAG Group, EasyJet Plc, Ryanair Holdings Plc, and others are on a recovery path after the pandemic. 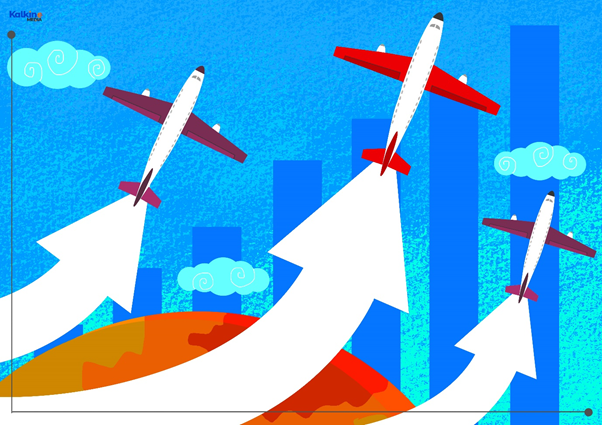 Let us explore the investment prospects of the above-mentioned FTSE listed airlines stocks:

The company provides airlines services on the European domestic and international routes through its fleet of over 450 aircraft.

FTSE250 listed company reported passenger traffic of 11.3 million in October 2021, which is close to a three-fold rise compared to the previous month. Also, it operated 71,500 flights with an 84% load factor. The ease in restriction has benefited the company as it reported a revenue of €2.15 billion, a rise of 83% in the first half ended 30 September 2021.

The company provides passenger and cargo services through various airlines like British Airways, Iberia, and others.

During the Covid-19 pandemic, the company’s cargo traffic increased significantly and supported the company’s revenue as passenger revenue declined considerably. However, the airline group might be impacted adversely after Heathrow Airport received the Civil Aviation Authority approvals to hike passenger charges by over 50% over the next five years. Following the announcement, IAG Group stock price declined as it presently carries out most of its operations from the Heathrow airport. It would be interesting to see how IAG Group addresses these extra charges. The company will release its earnings update for the third quarter on 5 November.

The airline company covers major destinations across the globe through its fleet of over 340 aircraft. Its primary business operations are in the low-cost airline segment. The company operates at 58% of its FY19 capacity for the year ended 30 September 2021. However, due to travel restrictions and lockdown, the company expects losses in the range of £1,135 to £1,175 million. Still, the airline has a positive outlook for the upcoming quarters and intends to fly up to 70% capacity in the first quarter of FY22.