Futura Medical Plc (FUM) is based in the United Kingdom and develops products for relieving pain and for consumer healthcare benefits. The Company focuses on Research & Development of medical devices and drugs along with their commercialisation. The science of absorption of medicine or drug through a sticky patch by application on the external body, typically skin is known as Transdermal delivery. The company has developed this technology which makes the skin to absorb active molecules known as DermaSysÂ®.

The companyâs CEO James Barder gave an elevator pitch for the company. He said that the company has a pipeline of products for later stage related to sexual wellness. The MED2005 is a breakthrough in treating Erectile Dysfunction and is in the III phase of development. The company is targeting large market potential in excess of 1 billion dollars.Â According to research, about 50 per cent of men with age between 40 -70 suffer from some form of ED, the occurrence and severity increase with age. This drug is a differentiated therapy considered to be very effective in treating ED. The drug has several advantages over other treatments such as fast action typically 5-7 minutes. 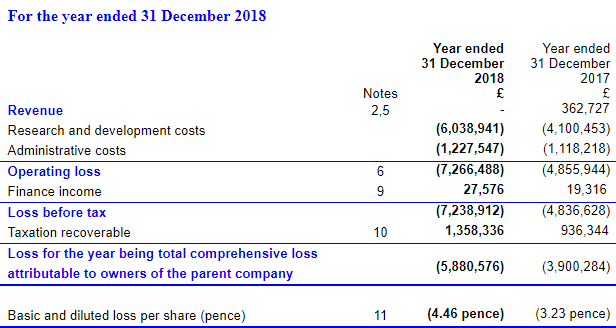 In November 2018, the company raised net funding of Â£5.48 million through Institutional placement, primary bid and the Open Offer; which further resulted in a cash inflow of Â£0.80 million.

Daily Chart as at July-03-19, before the market close (Source: Thomson Reuters)

The shares of the company (at the time of writing) were trading above the 30-days and 60-days SMA, which shows a positive trend in the stock price movement and could further move up from the current trading levels.

In the past 1 year, shares of Futura Medical Plc have delivered a positive price return of 16.45 per cent. Also, on a year-to-date basis, the stock was up by approximately 526.02 per cent and surged by 112.41per cent in the past three months. 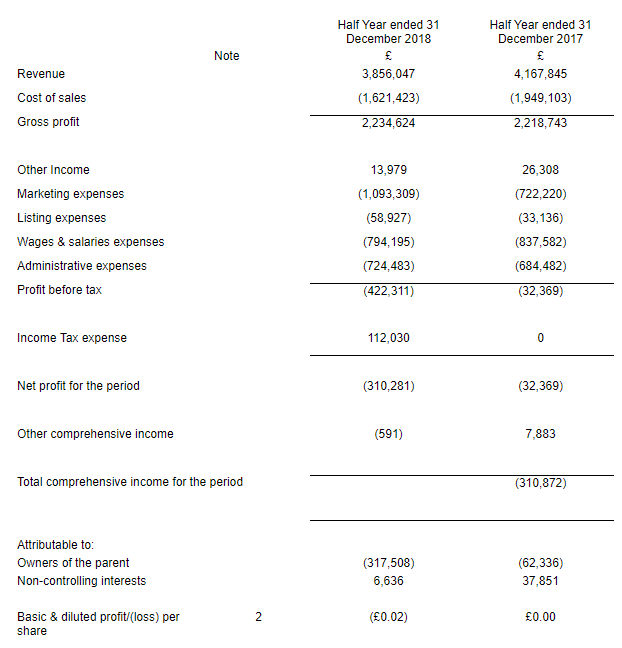 The companyâs revenue slightly declined by 7.48 per cent to Â£3.9 million for this period as against Â£4.2 million in H1 FY18. This decline can be attributed to change Facebookâs methodology of advertising which was reflected in DTC sales. The companyâs loss before tax stood at Â£0.4 million for the period as against Â£0.03 million in H1 FY18. This increase was due to a rise in online marketing costs, social media and product development costs. The companyâs gross margin surged to 58.3 per cent for this period as against 53.2 per cent in H1 FY18 due to improved retail sales. The group has zero external borrowings. The board has not declared Dividend as of now. The cash balance reported by the company stood at Â£0.7 million at the end of the reported period. The funds are being utilised on online marketing.

Daily Chart as at July-03-19, before the market close (Source: Thomson Reuters)

At the time of writing (before the market close, at 01:54 PM GMT), shares of the InnovaDerma PLC Limited were trading at GBX 100 and declined by 2.91 per cent against the previous closing price. As on Sep-07-2016, its shares got admitted to the Alternative Investment Market of the London Stock Exchange for trading.

On a Y-o-Y basis, shares of the InnovaDerma PLC have delivered a negative price return of 9.25 per cent and performed like benchmark index over the same period. However, on a year-to-date basis, the stock has recorded a positive price return of approximately 24.85 per cent and was able to beat the index quite comfortably. For the past three months, the stock has generated 6.74 per cent positive returns.

The shares of the company (at the time of writing) were trading above the 30-days and 200-days SMA, which shows a positive trend in the stock price movement and could further move up from the current trading levels.

EasyJet Plc to provide cheaper and easier COVID-19 test to its customers. | UK |

Why are fisheries important for the UK in Brexit talks?