Penny stocks are known for their unpredictable movements and high volatility, making them both hazardous and profitable.

Investing in these small-cap firms might be difficult since an investor has to pick a few suitable candidates from a pool of average ones before laying money in the stock. However, if one succeeds in finding the right companies to invest in, he can climb up the ladder to high returns. 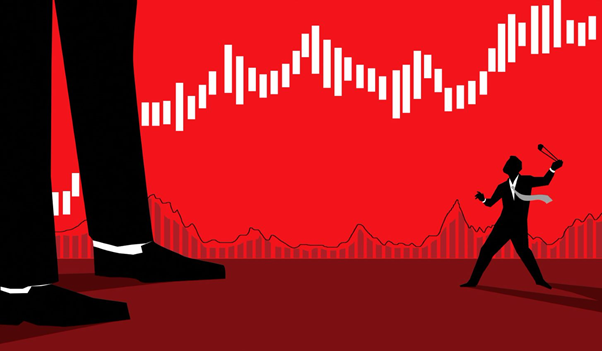 Here is a list of 10 stocks that have given the highest YTD return amongst penny stocks.

Arborgen Holdings, a global seedling supplier, witnessed a remarkable year, with its shares generating an incredible YTD return of 99.38%. ARB ended the trading session flat at $0.315 on 23 July, down 3.08% from the previous close.

The Group posted a solid FY21 despite headwinds from COVID-19. It is poised for accelerated growth ahead and expects an EBITDA between $13-$14.5 million for FY22.

NZ Windfarms, a wind farm owner and wind power generating firm, shares have given a return of 75.16% YTD to the shareholders. NWF ended the trading session flat at $0.275 on 23 July.

Rakon is a tech firm that shapes and produces frequency control solutions. Its shares have given a YTD return of 60.34%. RAK ended the trading session flat at $0.93 on 23 July.

The firm delivered a strong FY21 result with continued growth in revenue and earnings due to sustained demand from the global telecom sector. It also confirmed that its underlying EBITDA guidance range is expected to be $27 – 32 million for the year to 31 March 2022.

Wellington Drive, a prominent NZ-based supplier of electronic and digital solutions, delivered a strong return of 58.44% to its shareholders. WDT ended the trading session at $0.122 on 23 July, down 0.81% from the previous close.

The Group is witnessing strong demand from new customers, new product launches, and a strengthening global economy. As a result, WDT expects an underlying EBITDA between $3.5 million and $4.5 million and revenue of US$45 million-US$50 million.

On 27 April, Geo announced that its Non-Executive Chair and major shareholder Roger Sharp will retire as Chairman on or before its AGM in November 2021.

New Zealand Refining Company, a supplier of refined petroleum products, has given a YTD return of 47.27%. NZR ended the trading session at $0.82 on 23 July, up 1.23% from the previous close.

NZR provided an operational update for May/June 2021 that showed that RAP volumes were higher than the same period last year due to lower jet fuel demand at AIA. In addition, NZR’s admirable personal health and safety performance persisted with no recordable injuries.

NZME, an Auckland-based media firm, delivered a strong YTD return of 37.14% to its shareholders. NZME ended the trading session at $1.01 on 23 July, up 5.21% from the previous close.

The Group faced a price inquiry by NZRegCo on its shares this month as its shares rose 16.9%, from $0.77 on 1 July 2021 to $0.9 on 5 July. However, NZME continued to comply with NZX disclosure obligations.

DO READ: What are the 6 interesting NZX stock stories of Friday?

The Group witnessed a growth of 7.5% on same-store sales against pcp and 116.3% on all store sales basis in Q4 FY21. It also reported that its digital sales exceeded $30 million for the period while maintaining a robust balance sheet.

Geneva Finance, an NZ-owned finance company, delivered a YTD return of 30.77%. GFL ended the trading session flat at $0.68 on 23 July.

The group saw a challenging and rewarding FY21. The structural changes made by the firm in March fared well for GFL and helped in profit growth. It also announced an increase in the final dividend to 2.5cps for March 2021.

ALSO READ: Which are the 5 companies paying more than 5% dividend yield on NZX?

Cavalier Corporation, a leading  carpet and flooring manufacturer, delivered a YTD return of 30%. CAV ended the trading session at $0.5 on 23 July, down 3.85% from the previous close.

NZRegCo recently launched a share price probe into CAV shares following a 25% rise in its share price between 24 June 2021 and 1 July 2021. CAV replied that it was continuing to meet its NZX disclosure responsibilities.