AIR, AIA, SKO - How are these travel stocks poised for NZ’s reopening?

Travel demand is soaring in NZ as the country scrapped border and MIQ requirements for most travelers coming back home and as Kiwis plan their holidays for the Easter weekend ahead. The increased demand comes as people have been deprived of travel since the pandemic hit.

Here’s a look at 3 NZX travel stocks’ performances so far. 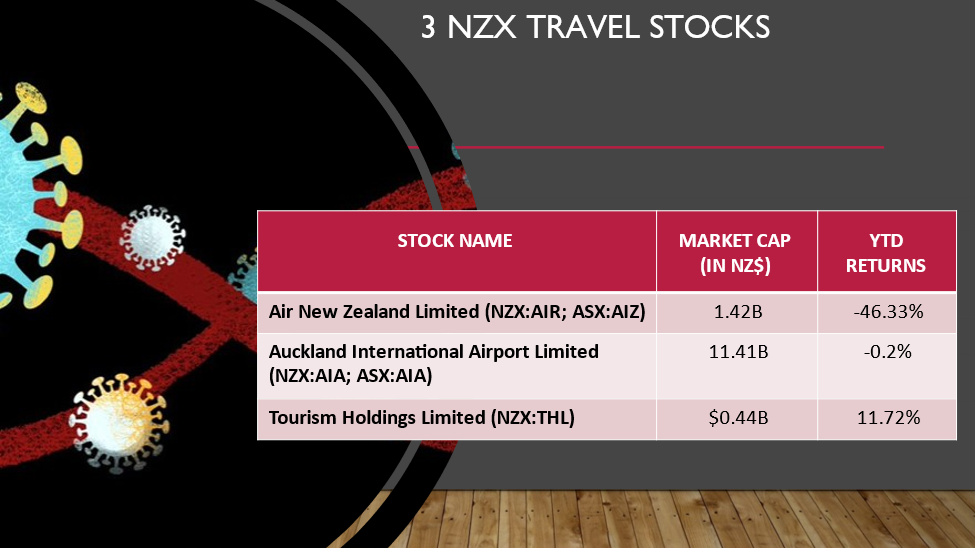 Air NZ provided an update on Tuesday where NZReg Co has asked investors to seek advice before making any investment decision in AIR’s rights offer. On Monday, the NZX had put up incorrect reference prices due to an internal NZX error.

AIR’s ordinary shares traded but the rights did not until the confusion was cleared. NZReg Co asked investors to go through materials issued by Air NZ and other key information related to the structure of the offer.

The national carrier is looking to raise $1.2 billion for the airline. Under the rights offer, qualified shareholders will get 1 renounceable right for every 1 existing Air NZ share and the right will entitle them to buy 2 new AIR’s shares at 53c each.

AIA provided a traffic update last month. The update revealed that the total passenger volume dropped by 19.9% in February 2022 compared to the prior year and was 30% down on January 2022.

Air travel stalled in February due to a rise in Omicron cases in NZ. There was a 10% increase in international passengers in February compared to previous month.

THL notified on 31 March that the Australian Competition and Consumer Commission (ACCC) had delayed the timeline related to THL’s application for the clearance of a proposed merger between THL and Apollo Tourism & Leisure Ltd. The delay would give more time to parties and the ACCC to consider further information.

Travel demand is expected to rise as New Zealanders plan winter getaways and step out to travel after being restricted for about 3-4 years amid COVID-19-induced curbs.