The US Department of Commerce, in a preliminary determination published on Monday, January 31, signalled at reducing tariffs on softwood lumber imported from Canada.

The US reportedly plans to bring down the tariffs from nearly 18 per cent to about 12 per cent, a move that could boost Canadian exports of softwood lumber south of the border.

The American agency, however, noted that until the final determination is out, which is expected later this year in November, most Canadian lumber producers will continue paying a duty of 17.91 per cent for exports to the US.

In the wake of this development, let us talk about two TSX lumber stocks.

Resolute Forests Products produces a wide array of forest goods, including wood products, market pulp, tissue, and paper, with facilities across Canada and the United States.

The Montreal-based forest products company recorded sales of US$ 817 million in the third quarter that ended on September 30, 2021, up from US$ 730 million a year ago.

The wood company earned a profit of US$ 80 million in the latest quarter against US$ 57 million in Q3 FY2020.

Stocks of Resolute Forests climbed over four per cent to close at C$ 17.97 apiece on Tuesday, February 1. 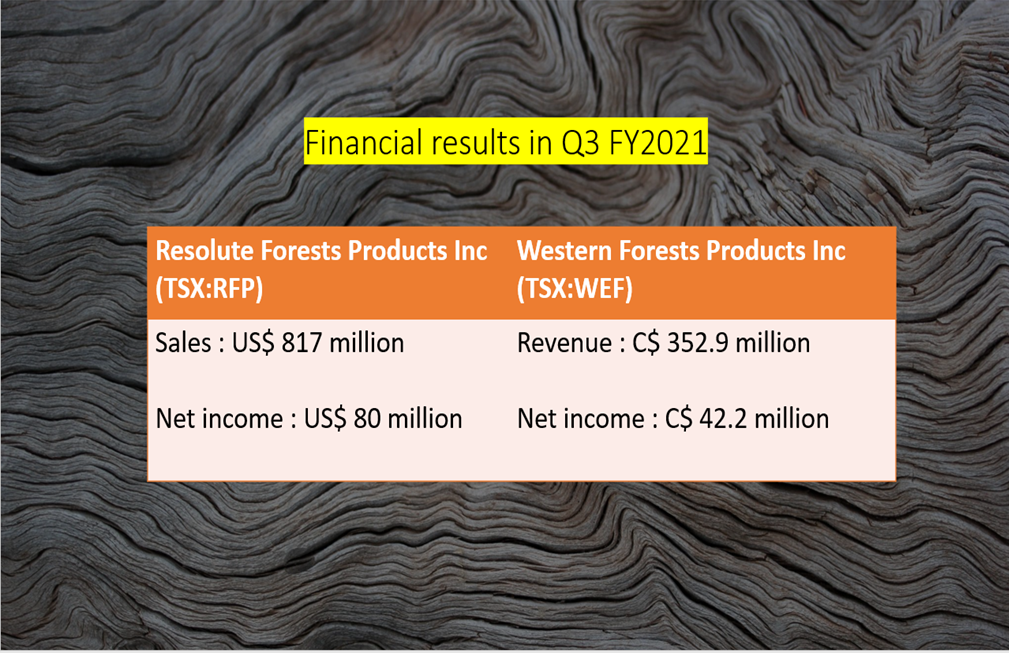 Western recorded a net income of C$ 42.2 million in this quarter, notably up from C$ 11.5 million a year ago.

Stocks of Western Forests closed at C$ 2.07 apiece on Tuesday, having expanded by almost 57 per cent YoY.

The Canadian lumber companies that export products to the US can see some revenue growth if the tariff reductions come into the picture. However, investors exploring such companies should bear in mind that the final determination on this matter is yet to come.