Stock markets are up and running again after the holiday season, and some oil and gas stocks are making their presence felt on the Toronto Stock Exchange (TSX). Canadian energy companies Ballard Power Systems Inc (TSX:BLDP) and Suncor Energy Inc (TSX:SU) are up trending among top industrial stocks on the TSX, having registered increased trading volumes in the last 10 days.

Stocks of Ballard Powers have been trending high in the TSX, recording an average trading volume of 1.16 million in the past month. The shares shot up by over 220 per cent in 2020 and over 103 per cent in the last 10 months since the markets tanked in March last year.

Its stocks climbed over 11 per cent in December but dwindled about two per cent in January to date. Ballard scrips were priced at C$ 29.25 on Tuesday.

Ballard Powers, a Canadian clean energy growth company, focusses on the manufacture and commercialization. It reportedly generates a major part of its revenue from its business in China and also has a presence in other countries like Germany, Belgium, Japan, the UK, etc.

Ballard’s total revenue of US$ 25.6 million rose by four per cent year-over-year (YoY) in the third quarter of 2020, while its power products revenue of US$ 15.3 million soar 94 per cent surge YoY. 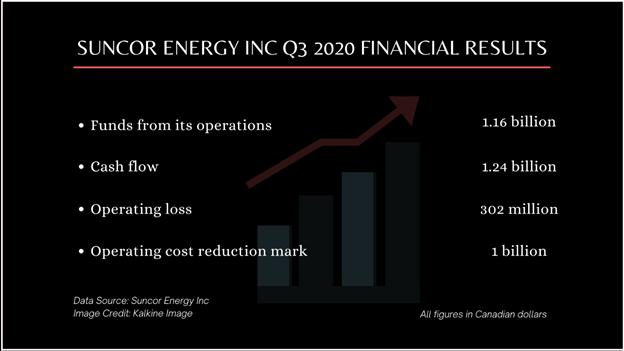 Suncor Energy made headlines on Tuesday after it announced plans to charge C$ 425 million for impairment for its stake in the White Rose and West White Rose oil projects operated by Husky Energy, which was officially acquired by Cenovus Energy on Monday.

One of the most traded stocks on the TSX in the last 10 days, Suncor saw its stock price jump by nearly four per cent early morning on Tuesday in the wake of the impairment charges news.

Suncor, which lost its title of being Canada’s most valuable energy enterprise to Canadian Natural Resources in October last year, suffered acutely in the midst of the pandemic-triggered economic lows both operational and stock wise. But the arrival of COVID vaccines saw Suncor stocks jump later in 2020, climbing about 38 per cent in November and nearly three per cent in December.