3 Canadian mid-cap stocks to buy under $25

The S&P/TSX Composite Index surged by almost 23 per cent so far this year. Although the index plunged by roughly one per cent on Monday, November 22, it noted a month-to-date (MTD) increase of nearly two per cent.

Turquoise Hill Resources Ltd (TSX:TRQ) rose by roughly 10 per cent on Monday and led the benchmark index, while Whitecap Resources Inc (TSX:WCP) also contributed a growth of more than two per cent.

Such mid-cap stocks, which belong to firms with a market capitalization of C$ 2 billion to C$ 10 billion, are often considered to be a pocket-friendly options that can fetching healthy returns.

So, let us have a quick look at three TSX-listed mid-cap stocks.

The Calgary, Alberta-based oil and gas producer saw its production increase by 12 per cent year-over-year (YoY) to 115,935 barrels of oil equivalent daily (including 75 per cent liquids) in the third quarter of fiscal 2021.

Its record funds flow rose by 59 per cent YoY to C$ 294 million and its free funds flow amounted to C$ 159 million in this quarter. Its net income was C$ 1.5 billion, including C$1.4 billion of an after-tax impairment reversal.

Its stock closed at C$ 7.05 apiece on Monday, November 22, up by more than two per cent. Its 10-day average trading volume was 2.9 million on this day. 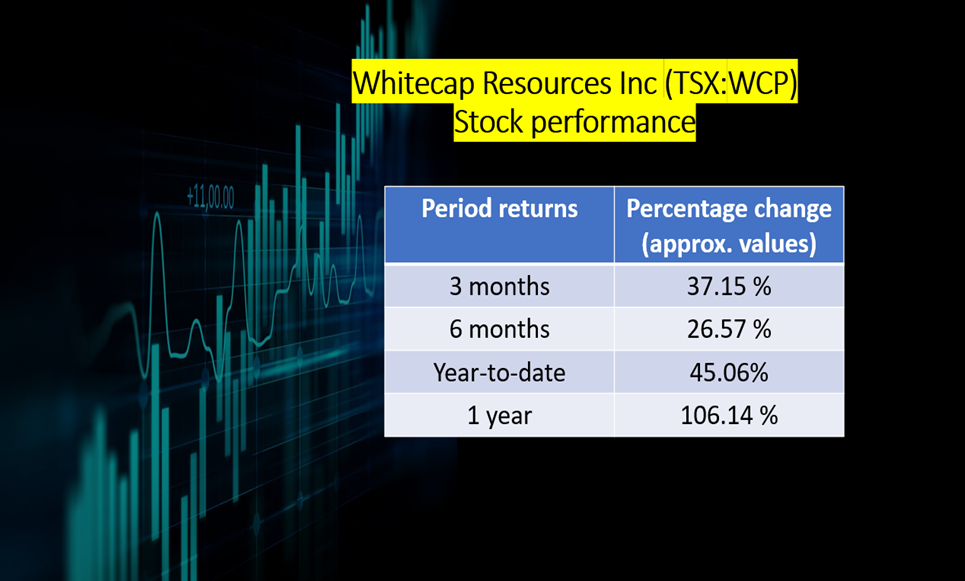 Whitecap held a market capitalization of C$ 4.4 billion and a return in equity (ROE) of 87.45 per cent at the time of writing this.

Whitecap Resources is scheduled to pay a month dividend of C$ 0.022 per share on December 15.

AltaGas Ltd is a diversified utility firm that owns and operates energy infrastructure across North America.

ALA stock swelled by almost 38 per cent in the past 12 months. The utility stock closed at C$ 24.69 apiece on November 22, slightly down from its previous close.

Turquoise Hill Resources Ltd is a Montreal-headquartered miner primarily engaged in the exploration and development of natural resources like copper, gold, coal etc.

The Canadian resource miner noted a revenue growth of 135.6 per cent YoY to US$ 622.8 million in the third quarter of fiscal 2021. Its reported US$ 350.6 million as cash generated from operating activities in this quarter, up from US$ 77.6 million in the same period a year ago.

Turquoise Hill held a market capitalization of C$ 3.9 billion and an ROE of 5.33 per cent on Monday.

Many mid-cap companies are known to actively adapt to the ever-changing market dynamics and business needs. For instance, Whitecap Resources is said to be working with Federated Co-operatives Limited to limit CO2 emission in Saskatchewan.

Investors should mind such developments while taking any investment decisions as they can impact a company’s future performance and demand.