Canada’s equities market is considered to be among the most matured ones around the world, with large and established corporations from across sectors participating in securities trading.

Among them, the financial services sector is stands apart. It is known to be one of the strongest pillars of the Canadian economy, with the largest sectoral share in the S&P/TSX Capped Composite Index. The financial sector also makes up for about 31.5 percent of the benchmark index, followed by the energy sector, another key value contributor in Canada.

On these lines, financial services giant Royal Bank of Canada (TSX:RY) is counted as the largest listed company in Canada in terms of market capitalization.

One of the top lenders in the country, RBC not only holds a market capitalization of over C$ 181 billion, but also has the largest weight in the S&P/TSX Capped Financial Index.

Among the sectoral index‘s 27 constituents, which consist of lenders, asset management entities, insurance firms, etc, the Royal Bank of Canada holds a weight of 19.95 per cent.

Now that we have placed the largest Canadian stock in terms of market cap and sectoral strength, let’s study its details closely. 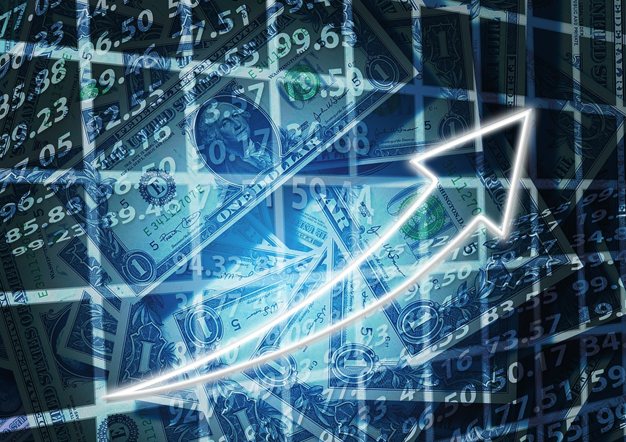 Royal Bank of Canada is also said to be one of the largest multinational financial stocks in the world. It presently has about 1.42 billion outstanding shares on the TSX.

With a 30-day average movement volume of over three million, RY is also one of the most actively traded scrips on the platform.

Its services portfolio includes personal, commercial and corporate banking, wealth management, insurance, etc. Although its primary operations are concentrated in Canada, its other markets include the US, Australia, the UK, France, etc.

Known for being one of Canada’s favorite bluechip stocks, Royal Bank of Canada has been an outperformer even as the third wave of COVID-19 infections keeps the country’s economy under pressure.

Royal Bank of Canada stock grew about 39.4 percent in the last year, while the TSE 300 Composite Index, another benchmark index of the Canadian economy, rose about 5.8 percent during this period. The S&P/TSX Diversified Banks (Sub Industry) Index, on the other hand, declined 4.3 per cent in the same span of time.

The lender recently launched a full-service digital platform to ease the entrepreneurial process for technology companies, especially those disrupting the current business models.

In the last five years, Royal Bank of Canada stock been on a largely upward growth trajectory, rebounding sharply in February 2021, despite a steep fall in its value in with the outbreak of the COVID-19 pandemic in early 2020.

How does Royal Bank of Canada fare as an investment option?

Royal Bank of Canada also presently pays a quarterly dividend of C$ 1.08 per share, which holds a dividend yield of 3.393 per cent at the moment.

The lender recently announced robust earnings for the second fiscal quarter that ended on April 30, 2021. Royal Bank of Canada registered a net income of about C$ 4.01 billion, which was about 171 per cent higher year-over-year (YoY) and about four per cent higher sequentially.

Its net income in the year-to-date (YTD) period was about 58 per cent higher YoY, at C$ 7.86 billion, as per the latest financials.

Royal Bank of Canada’s income from the wealth management vertical jumped about 63 per cent YoY in the second fiscal quarter, while its insurance segment income rose about four per cent YoY.

RBC’s commercial and personal banking segment registered a six per cent rise in net income on the back of lower credit provisioning, lower staff related costs, and an average one per cent volume growth in Canadian Banking.

However, its investor and treasury services income plunged significantly by 47 per cent YoY in the second fiscal quarter following lower revenues from client deposits, and lower interest rates.

The Canadian lender is one of the top price performers on the TSX. It offers earnings per share of C$ 9.85, and a price-to-earnings (P/E) ratio of 12.90, as per the website.

New user. Create account.
forgot Password
Enter the email address associated with your Kalkine account.
Set new password
To verify your email, we've sent a One Time Password (OTP) to
10 best financial services stocks to buy for long-term stability
We use cookies to ensure that we give you the best experience on our website. If you continue to use this site we will assume that you are happy with it. OK