Apart from idiosyncratic headwinds towards each of the bank, there is one pervasive obstacle that the earnings of banking players might witness - would be a few dents in the coming time, as the current world is going through the global easing cycle. In addition, there are other reasons as well, leading the earnings of the banking companies towards jeopardy, comprising of further capital buffer, Hayne Royal Commissionâs expenses, multi-regulatory requirements, and maybe the slowing down of the economic growth.

At prevailing interest rates, green shoots that appear here, in this case, is that the banks with superior credit quality would be able to access capital at lower yields compared to banks with relatively lower credit quality, which mostly includes smaller banks.

Majorly, banking companies raise capital by issuing preferred notes or bonds. A silver lining appears that the interest outgo would be less comparatively, due to lower interest rates. In addition, these notes and bonds are predominantly issued at BBSW + Fixed rate. BBSW being a floating rate allows banking companies to trim the interest payments on secured/preferred capital.

Interest rates have an extensive impact on the earnings capability of the bank. Put another way, the higher interest rates across sovereign debt allow the banking companies to fetch more money through wider spreads between rates of the sovereign debts and its deposit rates.

Similarly, the lower interest rates close the gap of this spread, leading to less profit for the banking companies on sovereign debts held by them. At the same time, banks have to lower the deposit rates, cash rates, term rates, mortgage rates, and lending rates to pass on the rate cuts.

The falling yields indicate lower return for the investors; since the banking companies are the major investors in sovereign debt, it raises concerns over the management to maintain the level of earnings that persists in a relatively higher interest rate environment.

Also, the dent on earnings is likely to hit dividend pay-out for banks. In the meantime, Hayne Royal Commission had already left much of the impact on the financial services industry, including the banking sector.

Besides, nine months to the year has seen Reserve Bank of Australia making the rate cuts twice, and while the market is expecting two additional cuts through to mid-way 2020, as a result, this would see much more shrinking of the net interest margins for the banks.

Australian Prudential Regulation Authority (APRA) has significantly altered its capital requirements for the banks as well, as a result, banking companies may access additional capital to comply with the updated capital conditions.

In July this year, APRA had directed major banks to improve capital buffer by 3 percentage points of their risk weighted assets by January 2024, which would require additional buffer of $50 billion. This capital would be raised via tier two bonds, which is designed to bear losses prior to tier one.

In August, the regulator announced that the domestic banks would be able to use only 25% of the tier 1 capital exposed to international operations & related parties. Now that the proposed provision has been slashed to 25% from 50%, this would mean more capital requirements for banks like ANZ to comply with APS 222. 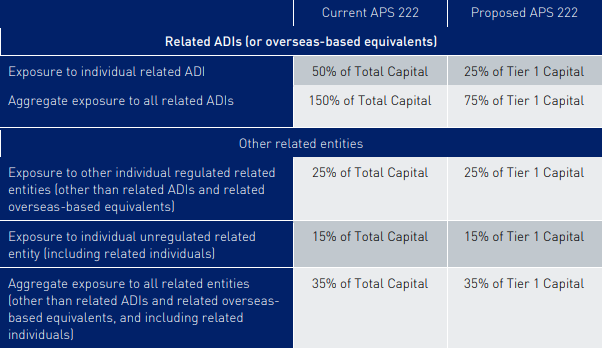 The countryâs big four banking giants have operations in New Zealand as well. The need for capital appears more significant now, as Reserve Bank of New Zealand (RBNZ) would require the big four powerhouses to keep more buffer capital. More precisely, RBNZ had proposed to double the current requirement of tier 1 common equity capital, which is currently 8.5% of risk weighted assets to 16% for big four banks. Smaller banks would need to hold 15%.

On 13 September 2019, APRA Chairman, Wayne Byres spoke at an industry event. He suggested that as a result of lower interest rate environment, the smaller banks were likely to have harder time compared to the big four banks, and it would be due to the funding profiles of the smaller banks. He also added that the regulator had been extensively looking on the impacts posed by the lower interest environment to the business models of the banking companies.

He further said that APRA could help to improve competition in a very concentrated Australian banking industry, majorly dominated by big four by lowering some capital requirements on smaller banks.

Are the US banks immune?

In the US, banking companies have been voicing out the impacts of lower revenues and shrinking net interest margins. Even the investment banks have been laying off people to cut on costs, as revenues have been declining, on the back of uncertainty in the global trade environment.

Major Investment banks are not entirely prone to impacts of rates on net interest margins, but less capital market activity have seen their revenues shrinking as well. As per the market reports, some of the small players like Charles Schwab, is believed to have fired around 600 staff members.

In May this year, National Australia Bank Limited had cut its interim dividend to A$0.83, which was 16% down from the dividend announced a year ago for the half-year end.

In April, Bank of Queensland Limited (ASX: BOQ) had slashed its dividend by 11% over the previous corresponding period. The bank announced an interim dividend of 34 cents per share compared to 38 cents per share a year ago.

In its full-year result, Commonwealth Bank of Australia (ASX: CBA) saw its remediation costs related to Haynes Royal Commission to reach $2.2 billion, representing an increase of $1 billion over the FY2018.

In May this year, for half-year period disclosure Westpac Banking had announced a dividend of 94 cents per share, which was also flat compared to the interim dividend a year ago. The profit was down 24% for the period, while revenue was down 10%.

Now, Westpac Banking has to maintain $500 million as an additional buffer, this is from the separate requirement to be maintained by the bank as directed by APRA. It appears highly unlikely that WBC would be on par with the last dividend payment.