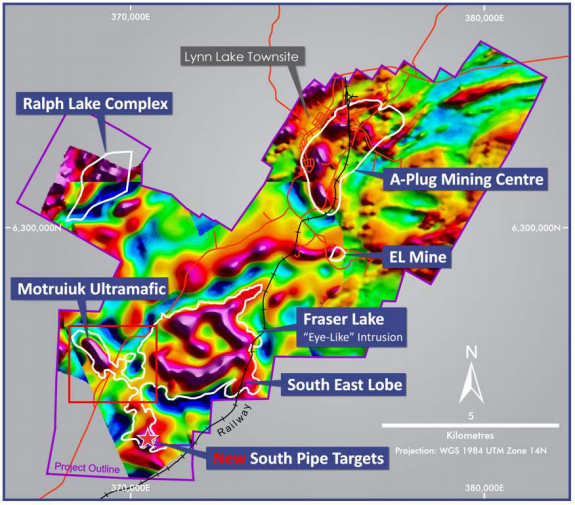 The drilling program will focus on the high-priority targets which include the recently delineated geophysical conductors. The initial program will comprise of 1,600m diamond drilling on at least 3 targets, situated west of the Fraser Lake Complex (FLC)/Matrix Trend at the Lynn Lake project.

FLC2021-24 - The initial hole has been completed. The coring samples include visual evidence of substantial sulphide mineralisation especially nickel and copper sulphides.

The dominating mineral within the magmatic sulphide is understood to be pyrrhotite along with chalcopyrite and pentlandite. The assay results of the first hole are anticipated to be released next month and will confirm the presence of nickel-copper tenor and grade. 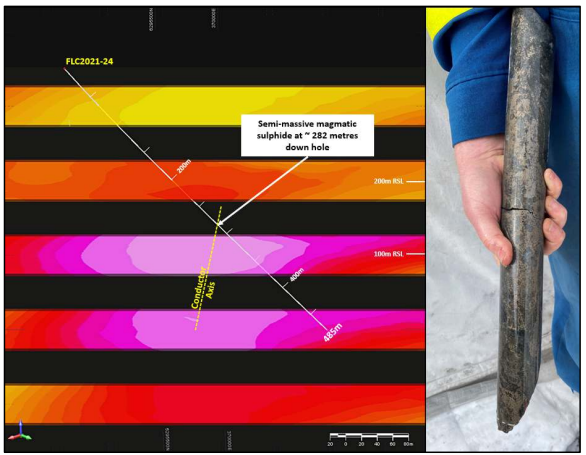 The sulphide mineralisation is consistent with the mafic/ultramafic intrusive (igneous) magmatic sulphide systems at the Lynn Lake project. The Lynn Lake mining centre was mined for 24 years producing ores with an average grade of 1.02% nickel and 0.54% copper.

The dominating sulphide mineral is pyrrhotite (iron) along with varying levels of pentlandite (nickel) and chalcopyrite (copper). The sulphide mineralisation intersected is enclosed within the intrusive mafic bodies which are predominantly disseminated in character but varies between localised blebby/globules and rare-semi massive to massive (<10 cms wide) concentrations. 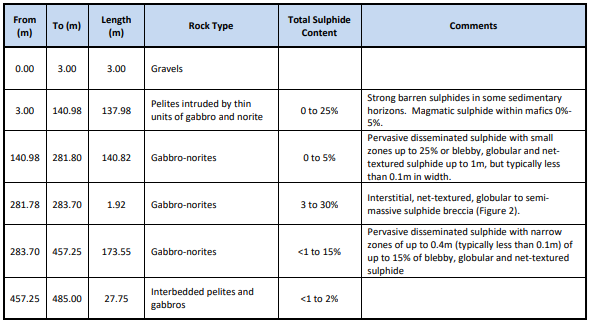 The strongest sulphide mineralisation was recorded in a 1.92m long intercept with 15%-25% magmatic suphide grade including 0.9m of semi-massive sulphide with up to 30% sulphide grades.

The drilling program is advancing on the second hole (FLC2021-26) to test a strong conductor, 250m west of the first hole. The conductor at the current hole is the highest conductance target, west of the FLC/Matrix trend.

Corazon plans to test the extensions of mineralisation in hole #24 with downhole EM. This is anticipated to define the in-hole conductance trend more accurately and refine planned follow-up drilling.

Further, the company intends to further test the extension of the first drill hole (FLC2021-24) with downhole electromagnetic survey. This will define the in-hole conductance trend precisely prior to any follow-up drilling.