Australian pharmaceutical research player Pharmaxis Ltd (ASX:PXS) has announced that it has enrolled the first patient for the clinical trial of PXS-5505 to determine the safety profile in patients with myelofibrosis. 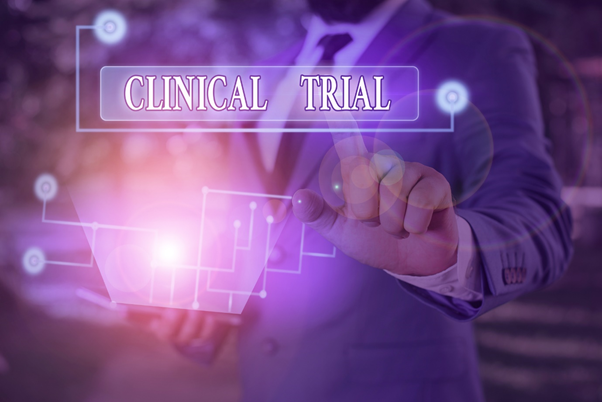 Let us dive deeper and discuss the study in detail-

On 22 February 2021, Pharmaxis disclosed that the first patient for the trial to study a potential new treatment for bone marrow cancer myelofibrosis had been enrolled.  The trial’s primary endpoint is to determine the safety of PXS-5505, Pharmaxis’ lead asset in its pipeline, in patients with myelofibrosis.

The Company disclosed that the phase 1c/2a trial aims to demonstrate that PXS-5505 is safe and effective as a monotherapy in myelofibrosis patients who are intolerant, unresponsive, or ineligible for treatment with approved JAK inhibitor drugs. The trial was approved by the Food and Drug Administration (FDA) under the Investigational New Drug (IND) scheme.

Pharmaxis has completed site initiation at several hospitals in Australia and South Korea, and the first patient for the study has been enrolled.

The dose-escalation phase intends to select an optimum dose of PXS-5505.  This first phase will recruit up to 18 patients and is anticipated to conclude and report in the second half of 2021. This phase will be followed by a dose-expansion phase for six-month in 24 patients to evaluate the safety and efficacy.

Pharmaxis updated the market that the clinical investigation sites in other countries, including the US, will be added for the dose-expansion phase.

Secondary endpoints of the study

The secondary endpoints of the study are- 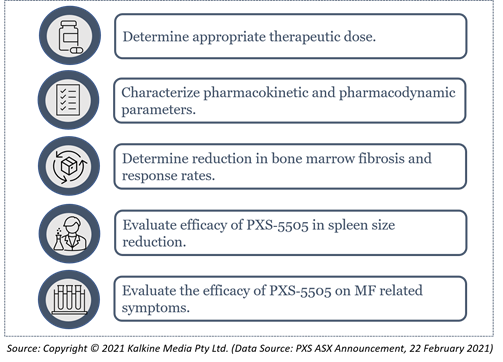 The Company highlighted that while its primary focus is developing PXS-5505 for myelofibrosis, the drug has the potential to treat several other cancers, including liver and pancreatic cancer. In these cancers, PXS-5505 intends to breakdown the fibrotic tissue in the tumour and improve the effect of chemotherapy treatment.