Are The Aussie Satellite Stocks Aiming For The Stars?

Do you know that a day on Venus is longer than a year on Earth? Or the Apollo astronauts mark on the moon would remain preserved for over a 100 million years? With new constellations of satellites likely to enter low-Earth orbit in the years to come, the sheer vastness of space, trillions of objects, billion galaxies and UFO’s continue to remain incomprehensible to the human mind.

The Global Space Industry is a growing sector, with its size in 2018 being worth $350 billion in annual revenue. Market experts believe that this amount would be approximately in the range of $600 billion to $1.80 trillion in revenue in the next 20 years, by 2040. With big names like NASA, Boeing, Airbus, SpaceX and Lockheed Martin syncing with the space industry, the number of private players in the game has steadily increased, giving a healthy competitive edge to the dominators. NASA’s budget was relatively cut down in 2017, depicting that there were other probable candidates in the running for the industry.

The space industry has a direct impact on the earthly businesses, as they could be referred to in the context, of television, e-commerce, and internet. We are witnessing the tech-savvy transitional times where Artificial Intelligence, Electric Vehicles, The 5G Boom and Cultured Meat are becoming daily jargons, and the satellite industry too is on its way to undergo further enhancements. A step ahead, is the constant evolution of the Space industry and related companies, with the commercial interest in outer space, kicking off.

The Australian Space Agency commenced operations in July 2018 and is the public service agency of Australia, catering to the development in the Aussie space industry, identifying opportunities, aiding domestic activities and enabling global engagements. It is targeting to increase the size of the space sector threefold, reaching to $12 billion mark and pave the way for further 20,000 jobs by 2030. In the budget for 2019, the government announced a $19.5 million National Space Infrastructure Fund towards development and enhancement of the domestic space industry, after initial funding had been announced last year. 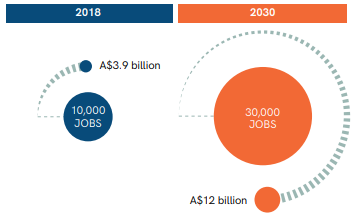 As per the Australian Civil Space Strategy 2019 – 2028 report issued by the Australian Space agency, Australia’s space sector has broad?ranging impacts, which covers almost each sector of the Australian economy. With an example of the UK’s International Partnership Program, the global partnerships on this front are on a rise in the country. Australia produces more than 4 per cent of the world’s scientific publications and attracts global investment in the space sphere. On a domestic level, space sector has grown at 10.1 per cent in the past five years and is projected to grow at 7.1 per cent over the next five years, outpacing the GDP.

Amid competition from Strong space economies like the US and Europe, Australia needs to enter global supply chain, enhance local value chains and de-limit distances while meeting obligations and security needs and required knowledge, the Aussie economy is pacing towards sustaining itself in the global space industry. 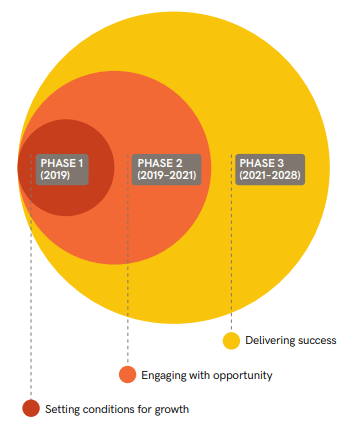 On this backdrop, let us now put our investor caps on and look at the recent updates and present stock performances of a few Space/Satellite related stocks, that are listed and trading on the Australian Securities Exchange:

Profile: The first company ever to plan, build and operate a telecom commercial network over Nano-Satellites, SAS is a several time awards accoladed player in the satellite and telecom industry. Operating in the field of Nano-satellites, the company has successfully launched three satellites and plans to launch 200 in the coming times.

Extension of Voluntary Suspension: On 1 July 2019, the company notified that its stocks would continue to remain suspended while it makes considerable progress with completing its financing arrangements and hunts for the two new Australian resident non-executive Directors to contribute towards the company’s ongoing operations and growth strategy. SAS would notify the market on the matters mentioned above soon and it anticipates that the suspension would come to an end by 22 July 2019.

Letter to Shareholders: On 22 May 2019, SAS enlightened the shareholders with technological breakthroughs and achievements since the launch of Three Diamonds nanosatellites, which have exceeded SAS’s performance expectations. SAS notified that it had projects to manage its satellite operations, like expanding the Satellite Operating Center and building the Network Operating Center, while setting infrastructure and operations in place. Also, the company has over 40 signed agreements.

Another feather on its cap was the launch of The Pearls, which were strong lightweight canisters. Further, to evaluate and analyse the expected network’s Quality of Service in a Service License Agreement, a super-simulation was specified, designed and built.

Profile: With a forte towards innovation, creativity and technology, BCC designs products and services for the satellite industry with the goal to solve challenging communication issues. The company was established in 2002 as a subsidiary of World Reach Limited and its first project was with Telstra Corporation Limited (ASX: TLS), to develop a satellite terminal. Post this, it is ready to spread its wings to the US, Asia, Europe and the UK markets. 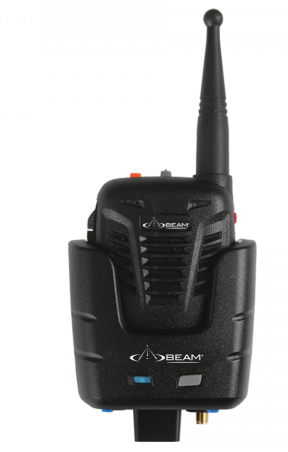 June 2019 Investor Newsletter: On 27 June 2019, the company published its updated June quarterly shareholder newsletter, released on 26 June 2019 which laid emphasis on the company’s new probable market- India, which is opening up in the field of satellite communication. BCC’s channel partner, Station Satcom has been providing satellite solutions since 1998 and has offices in the Indian cities of Mumbai, Chennai and Delhi. It recorded initial orders of Beam-branded equipment worth US$250,000 in the first few months of 2019, which is believed to be just the tip of the iceberg. The demand for BCC’s equipment had paced up in various industries like mining, shipping, oil and gas and disaster management.

On a different note, David Stewart, a non-executive director and mobile industry veteran commented on the 5G Boom stating that there was still time for 4G to become absolutely obsolete, given that 5G services are delivered on higher radio frequencies, which would limit its applications in the IoT space.

Quarterly Report and Market Update: For the three months to 31 March 2019, BCC cash balance increased to $1.6 million, as reported on 24 April 2019. It secured a new order of 5,000 Iridium GO! devices, besides entering the Indian satellite device market.

Stock Performance: Post close of the market on 17 July 2019, the company’s stock was valued at A$0.280 up by 3.704 per cent, relative to its last trade. With ~52.87 million outstanding shares, the market capitalisation of the company is A$14.01 million. In the last one and three months, the company has generated negative returns of 20.90 per cent and the YTD return of the company is 89.29 per cent.

Profile: A newbie in the Industrials sector, KSS was founded in 2017 to develop a new Space enabled DaaS concept and disruptive in-Space technology. The company would launch and operate satellite infrastructure that would generate commercial ISR and geo-services data and sell DaaS globally. The company has its registered office in Luxembourg and other offices in Canberra and Leicester.

Satellites set to launch: On 16 July 2019, the company announced that it had completed all acceptance reviews and its satellites would be transported to Rocket Lab’s Launch Complex 1 in Mahia, New Zealand, in their protective Electrostatic Discharge boxes. An approval from the launch partner RocketLab is waited for flight preparation and integration. 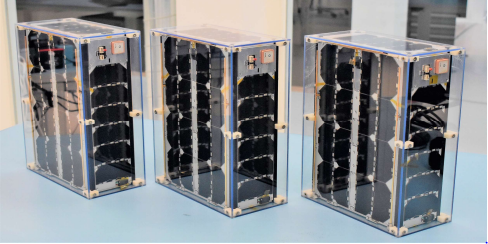 New Sales Channel Agreement: On 11 July 2019, KSS notified that it had signed a commercial channel partner agreement with L3Harris Technologies, with the intention to market its product suite to the US based government agencies. The product suite would be placed in the L3Harris’s GSA Earth Observation Solutions Schedule, to be presented to the National Geospatial-Intelligence Agency.

New on Board: On 10 July 2019, the company notified the market that with the aim to target planned investments of more than 45 billion euros in the maritime and port sector in the Latin America region along with the Caribbean. Also, the company had appointed Pierre Duquesne, a regional space expert, as sales representative for the South American market.