Notably, the global business environment is transforming quickly with cloud computing capturing a significant share of traditional tech spending. Therefore, cloud-computing strategies have seen accelerated adoption within enterprises. According to media sources, by 2020 end, ~80% of businesses are likely to shift to the cloud.

Ever-increasing acknowledgement has made cloud computing one of the most pursued platforms in the technology universe. 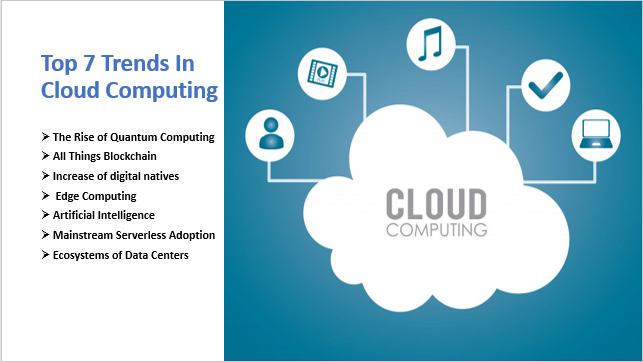 Cloud computing has been playing a vital role in reducing the overall capital spending. Small and medium-sized organisations can adopt on-premises or in private cloud infrastructure via the hybrid cloud - all thanks to public cloud resources. This hybrid cloud service helps to lower costs and makes the infrastructure applications more accessible across the cloud.

According to media resources, the desire for public cloud services in Australia continues to increase. A recent study reveals that around 42% of businesses in Australia are currently using cloud computing platform, an increase from 31% in 2015-16.

The growing acceptance of public cloud computing services makes it ideal for clients and organisations to pay only for computing, networking and storage while getting rid of regular expenditures for updating their servers and software regularly.

Further, cloud computing helps businesses to concentrate more on critical operations. At present, various start-ups are embracing the cloud to reduce overhead expenditure and preserve infrastructure. In fact, a cloud service provider offers enhanced customer support via its easy-to-navigate set of applications. The platform leads to customer satisfaction as the employees can easily access the information from anywhere and everywhere and at any time.

Out of the three essential cloud computing services, namely software-as-a-service (SaaS), infrastructure-as-a-service (IaaS) and platform-as-a-service (PaaS), SaaS will remain the largest segment, according to media resources. In 2020, SaaS is expected to increase to $116 billion on the back of a better-than-expected demand for subscription-based software services. IaaS and PaaS are expected to reach $50 billion and $39.7 billion, respectively, over the same period.

Another media resource stated that Australia’s cloud IaaS market continues to grow and is expected to reach approximately $1.2 billion by 2022, up from $688 million in 2018.

3 Cloud Stocks to Watch Out for

Given the encouraging projection for the cloud-based platform in 2020, it would be wise to invest in these three promising stocks.

Webjet Limited is a leading supplier of online travel services in Australia and New Zealand. The company is involved in the digital travel business, including both consumer markets and wholesale markets worldwide.

Outlook: For FY20, the company anticipates TTV from Thomas Cook to be in the range of $150-200 million. Webjet Limited expects EBITDA from webBeds business to be in the band of $27 million to $33 million.

LiveHire Limited is a supplier of cloud-based human resources software and platform services. The company, through its direct sales, channel partners and adoption of the LiveHire technology, is aiding its growing number of client achievements.

Quarterly Highlights for the Period Ended 30 September 2019: The company, in its September quarter results, reported Annualised Recurring Revenue (ARR) of $2.7 million, an increase of 65% year over year basis. The increase was primarily due to the addition of 10 new customers (net 7 after churn). The total number of customers for the period was 86 customers, an increase of 46%. The company exited the quarter with cash of $30.3 million. 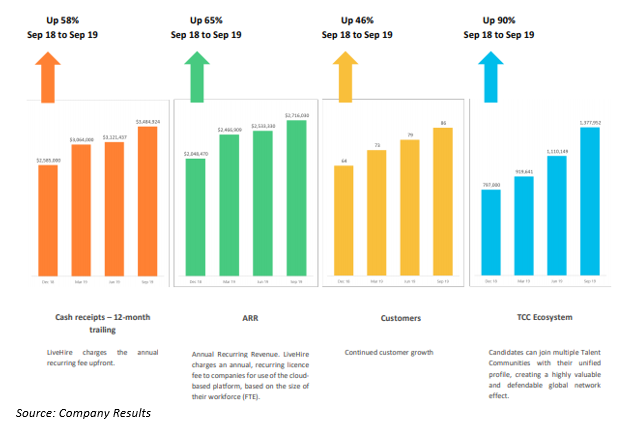 Outlook: The company expects organic growth, both domestically and internationally. Also, it plans to enter the US market on a regular basis via channel partners.

NextDC Limited is a technology-based company that builds and operates independent data centres in Australia.

Outlook: For FY20, the company anticipates revenues to be in the band of $200 million to $206 million. The company expects underlying EBITDA to be between $100 million to $105 million.