Most of the areas within the Exploration Licenses have not witnessed modern technology equipped exploration activities. However, GMN has multiple targets discovered within the license area of approximately 2,000 km2.

Over the years, Gold Mountain has made significant progress through many projects which constitute the GMN’s Wabag Project in Papua New Guinea (PNG).

Recently in November 2019, GMN completed the first hole drill at the Monoyal copper–porphyry prospect, which had commenced after a successful capital raising in late August and early September 2019.

As a part of GMN’s initial nine-hole diamond drilling programme, MCD003 is the first hole drilled into the Monoyal Prospect which is targeted at an area of anomalous copper geochemistry and located around 1 km North-West of Mongae Creek where two diamond holes (MCD001 and 002) were earlier drilled by GMN in 2018.

The drilling program was a 1,250 m diamond drilling programme at the Monoyal prospect, which is the Mongae Northwest Copper-Molybdenum porphyry prospect and is now referred to by its local name.

GMN progressed significantly in the course of the drilling programme, which includes:

Results from Drilling Samples Lie Ahead for GMN

GMN states that it is challenging to estimate the average concentrations of sulphide minerals per metre, but the same is anticipated to be in the order of less than 1% on average.

Following the collection of samples, GMN simultaneously logged and sampled MCD003 with drilling up to 244m of core to date been forwarded to ALS in Townsville, Australia for assay.

With the arrival of first 85 samples in Townsville on 12 November 2019, GMN expects results for the sample batch by early December and further results are anticipated to be obtained at routine intervals. 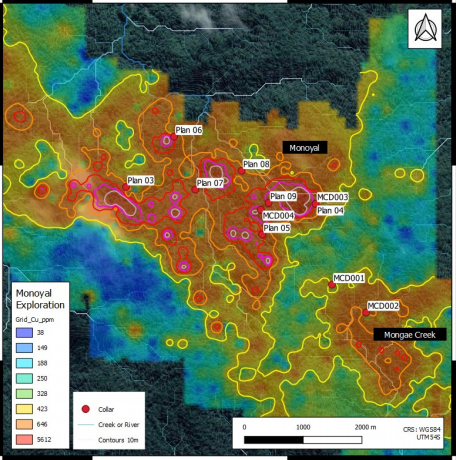 Other than the current nine-hole drilling programme, GMN has started the process to plan and design the further holes for covering a greater area at Monoyal to test the extensive copper in soil anomaly which has been identified around.

In addition to the above, GMN plans to constantly analyse the results from the current programme for obtaining assistance to define the final location for the planned holes.

Moreover, the Company is currently active in pursuing a regional exploration campaign along the highly prospective NW-SW structural corridor, extending from Mongae Creek to the Mt Wipi area, which is further subject to an Exploration License Application.

Monoyal Prospect’s drilling progress during the period of 2018 Q1 to 2019 Q4 is shown in the below timeline. 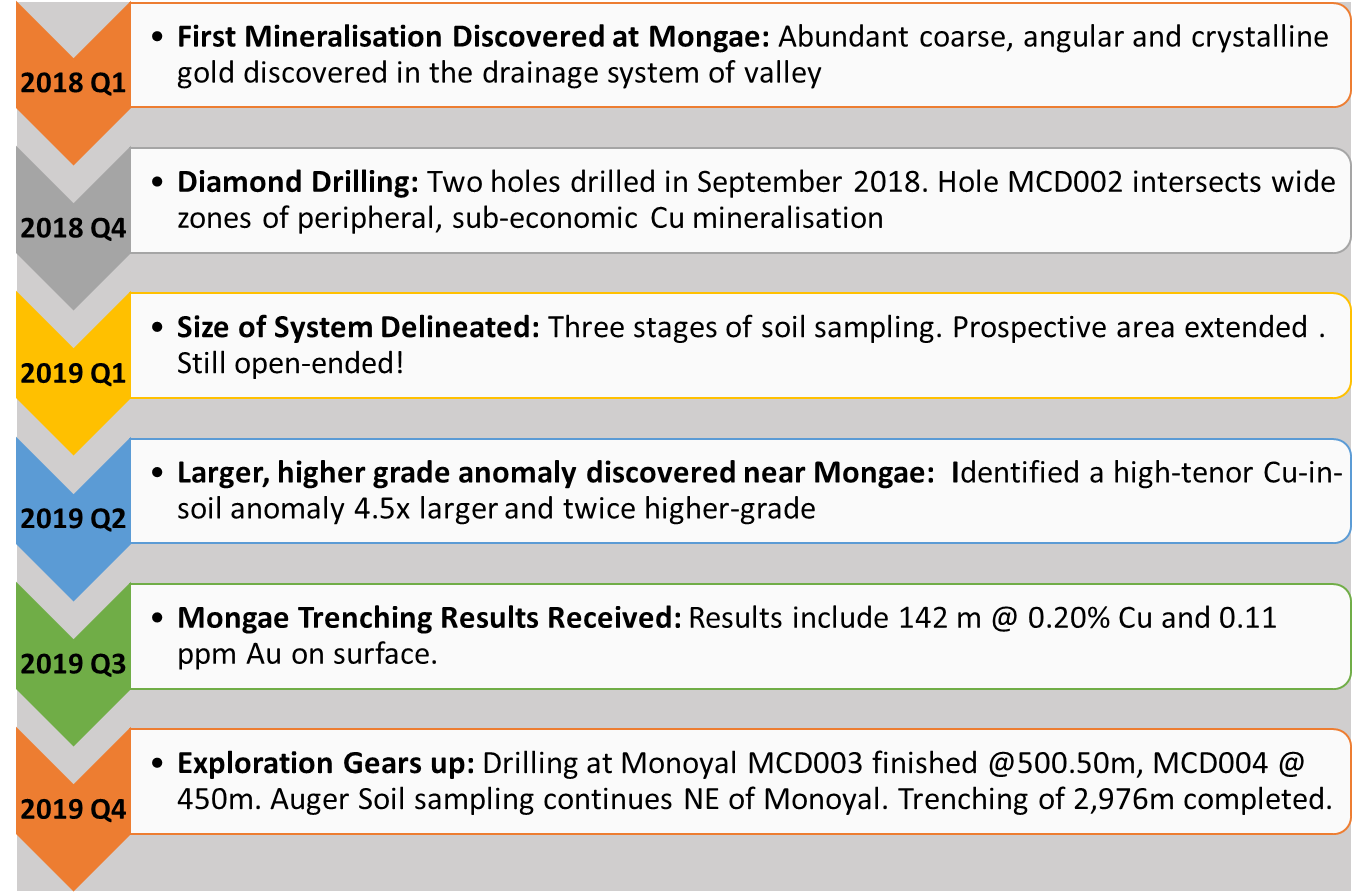 On 06 December 2019, GMN stock was trading at $ 0.074, with a market capitalisation of $45.13 million. The stock has delivered good returns to its shareholders, with returns of over 60% in the past six months.