Australia and the UK signed the first free-trade agreement since Brexit, in an attempt to expand UK’s ties and trade relations with other nations.

Australian prime minister Scott Morrison and UK’s Boris Johnson met at Downing Street on Tuesday after the G7 Summit. The deal would do away with tariffs on swimwear, Hardy wines, Jacob’s Creek, and confectionery. It’s expected to provide households saving up to £34 million a year. 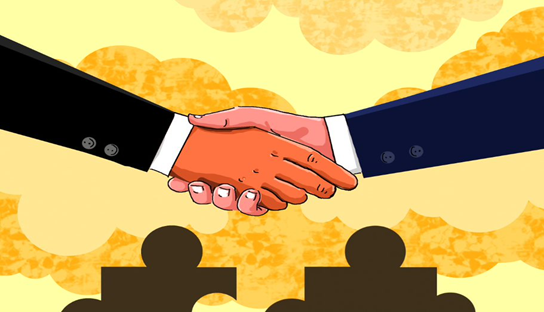 It would also let people less than 35 years of age to work and live in Australia. Last year, the trade between the UK-Australia was valued at £13.9 billion and is expected to grow after the deal. It would be boosting UK’s economy by 0.02 per cent in 15 years. The signing of the deal would boost Johnson’s political standing post Brexit.

Johnson said that the deal marked a new chapter in UK’s trade relationship with Australia and said that the free-trade agreement opened great opportunities for both British consumers and businesses and its citizens looking to live and work in Australia. He said that this was the best example of global Britain that is outward looking and gets into agreements that would help tobrebuild the country post the pandemic.

This is the first deal that the UK has struck with any major ally that is more than a continuation of a pre-existing trade relationship from the EU. Australia is the 20th largest global trading partner of the UK and trade with Australia was 1.2 per cent of Britain’s trade in 2020.  There would be quotas for agricultural imports from Australia that would be tariff free for 15 years, according to the agreement. The complete text of the deal would be published in a few days.

Amid continuous tensions with the EU on  Northern Ireland and post-Brexit settlement, this deal comes as a sigh of relief for the UK. The UK refused to put checks on goods going into Northern Ireland on the grounds that the EU’s draconian approach was hurting Ireland’s local communities. EU accused the UK of failure to implement the Brexit deal.

Britain would now prepare to seal deals with the US and New Zealand, though one with the former looks unlikely in the short run as US president Joe Biden seems keener to resolve domestic issues. The UK government would see the deal with Australia as a steppingstone to the 11-nation deal CPTPP which includes nations like Japan, Singapore, and Malaysia.