Tighter restrictions at various places in the country for a longer period to contain the spread of the new virus strain would imply that the prospects for the UK economy in the next year are bleaker than earlier estimated. The deteriorating health situation will slow down the economic activity and the earlier forecasts would need to be revised downwards.

For instance, last month, the Bank of England and Office for Budget Responsibility had predicted that once the four-week lockdown in England was over on December 2, national output would pick up in Q1 2021 and return to pre-crisis level by early 2022. 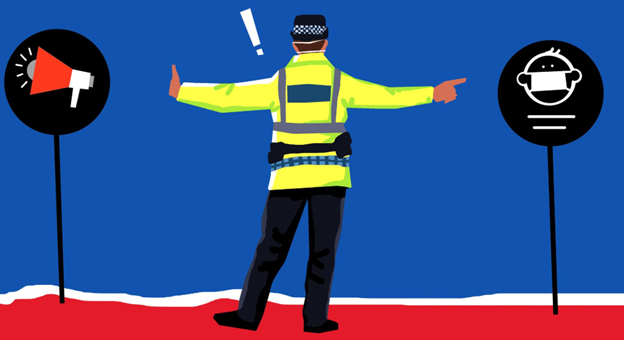 The Office for Budget Responsibility projected that the British GDP would contract by 11.3 per cent this year, its worst show in the past 300 years. There is a likelihood of permanent scarring which implies that the economy would become 3 per cent smaller by 2025.

Unemployment is also projected to jump to 2.6 million by the next year, OBR said. These numbers were released after Rishi Sunak, Chancellor, UK announced his spending review last Wednesday.

It is not just the strict restrictions, but many other factors will also play down upon the British economy’s health in the near-term. Let’s take a look at these.

On the one hand, coronavirus restrictions mean that foreigners won’t be flying into the UK this Christmas, impacting airline revenues. On the other hand, many nations have banned flights from the UK which will again hit tourism sector’s output. Many European nations like the Netherlands, France, Italy, Germany have issued bans to check the new strain’s spread that is 70 per cent more contagious than the earlier one. Freight movement over the English Channel via ferry or Eurotunnel is also not permitted.

UKinbound, a travel trade association has forecasted that the sharp fall in international visitors will cost the economy at least £2.5 billion, merely over the Christmas period.

Many destination management companies and inbound tour operators in the nation fear that they might not be able to survive the pandemic.

In case of a no-deal Brexit, no part of the UK economy will go unaffected, warn economists. The industries that will be the hardest hit are food and drinks, automobiles, hospitality, and construction, to name a few. Prices of many final goods will rise for consumers while that of various raw materials will shoot up for businesses. This trend will in turn add up to the inflationary pressure.

The UK farm sector will lose its vital access to the European markets. Loss of subsidies from being a part of the EU bloc will lead to a competitive disadvantage for the domestic firms.

Many firms in sectors such as telecom, technology and media could desert Britain as they lose their competitiveness. This will hit the foreign investment flows into the country. All these factors are going to make the economy sluggish.