Healthcare in Australia: Insights into budget and election promises

Australia has one of the best healthcare systems globally, offering its citizens safe and affordable healthcare services. The country hosts two kinds of healthcare systems – public and private. The public health system, popular as Medicare, provides essential hospital treatment, doctors' appointments, and medicines for free or at a remarkably lower cost.

Medicare: The foundation of the health system in Australia

Established in 1984, Medicare is the universal healthcare scheme of Australia.  It ensures access to a wide range of health and hospital services at reduced or no cost to all Australians. 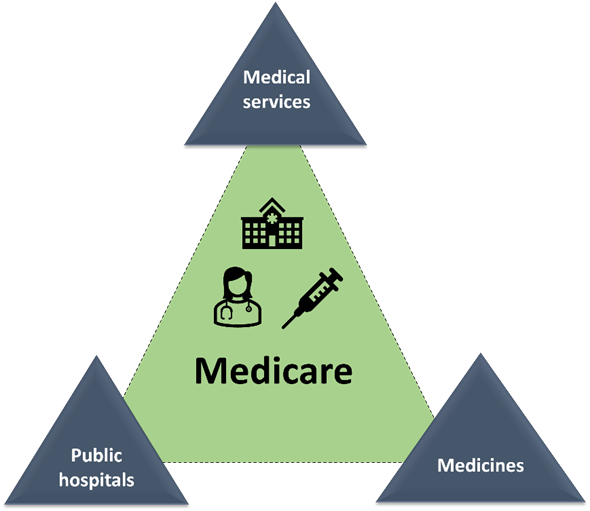 The Pharmaceutical Benefits Scheme (PBS) is a significant part of Medicare, which makes some prescription medicines cheaper. A person enrolled under Medicare is required to pay only a portion of the total cost of medicines listed under PBS and the rest is paid by the Australian Government.

The facility is available for Australian and New Zealand citizens, permanent residents in Australia, and people from countries with reciprocal agreements.

As Federal Election draws closer, competing parties are making their claims and predictions about healthcare schemes. Earlier in April, Prime Minister Scott Morrison made it clear that his government will make no reductions to Australia's universal healthcare scheme if he gets re-elected. Similarly, the Labor party has made pledges related to aged care, including wage raises, mandating on-site registered nurses and minimum hours of face-to-face contact.

In the budget reply 2022, Anthony Albanese from the Labor party announced five measures for the aged care:

However, both major parties have failed to pledge for increasing funding for hospitals

What the Cancer Council has to say?

Cancer Council Australia has called on all political parties to pledge to five main concerns to deliver better cancer outcomes to all Australians:

In the recent budget announcement (29 March 2022), the Australian government ensured to upgrade Medicare to include new services such as cancer diagnosis, genetic testing and supporting pregnant women’s health. Starting this year, the government made telehealth a permanent part of Medicare. Other major updates for the healthcare sector are: