After a year-long wait, the Euro Cup 2020 began with much hype and celebrations across the world on June 11. As the tough matches continue between the European teams, the debate of which player is the greatest of all time is back.

Cristiano Ronaldo versus Lionel Messi - who is the Greatest Of All Time (GOAT)? It is the biggest argument among football fans since the 'Maradona vs Pele' debate. However, it seems that the Portuguese phenomenon is taking lead over Argentine 'Messiah' after the former raised the eyebrows of football fans and investors around the world.

On June 15, while addressing a pre-match press conference, Cristiano Ronaldo removed two Coca-Cola (NYSE:KO) bottles from his vicinity and picked up a water bottle to suggest that beverages are not good for health.

The Juventus star, who is quite vocal about the negative impact of beverages and chips, does not even approve of his son Cristiano Ronaldo Junior's habit of consuming them.

After the coke snub, stock prices of the beverage maker are dipping, proving that the legend is not only capable of moving the ball magically, but he can move the stock markets as well – a feat not achieved by any professional footballer in the world. 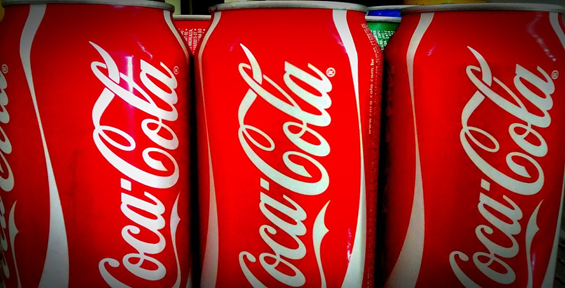 Why is Cristiano Ronaldo the GOAT?

After the coke incident, French midfielder and Manchester United star Paul Pogba sparked a fresh controversy after he removed a bottle of non-alcoholic Heineken N.V. beer. The company is among the top sponsors of Euro Cup 2020.

Pogba's decision to remove the bottle came during a press conference after he was awarded 'Man of the Match' in France’s 1-0 win over Germany.

There were speculations that the Heineken N.V. (AMS:HEIA) stock may fall. However, investors shrugged off the snub and its share prices are instead on the rise by 1.4 per cent (10:40 AM GMT) after the trading session started at the Amsterdam stock exchange on Thursday morning, June 17.

Meanwhile, Coca-Cola (NYSE:KO) share prices plunged by 1.34 per cent on Wednesday, June 14, to close at US$ 54.67 apiece, with the beverage maker’s market cap reportedly dipping by approximately US$ 4 billion. However, this episode could have a short-term impact on the stock.

The two separate incidents in the same tournament indicate the kind of influence this Portugal star has on and off the field and nobody seems to be in contention for the title of GOAT.