The Online automotive advertising industry is tapping up the growing penetration of mobile phones and digitisation. Digital advertising is becoming increasingly evident in the automotive industry due to its reliability; for instance, customers can check prices digitally while standing in an automotive dealership. These services are offered by websites which are dedicated to providing an online marketplace for buyers & sellers of the vehicles, and these sites enable customers to post an advertisement for sale of the vehicle/used car business while dealerships are also hosted by these websites â new car business. These websites enable the customers to conduct research for the vehicles and allow them to compare brands, models, colours and prices conveniently from their smartphones or computers. Websites or portals eradicate the need for paying a visit to a car dealership for necessary information regarding any vehicle and adds value to the customer.

As per the release, to-be divested arm âStrattonâ would be classified as a discontinued operation and a non-current asset held for sale in the FY19 financial disclosure. Also, the disclosure of FY19 financial statements would be reported separately as results from continuing operations (excluding Stratton) and discounted operations (Stratton). Lastly, the current book value of Stratton would be carried in the books as a held for sale while carsales.com expects to achieve the valuation through the sale process, and CAR would monitor the developments regarding the valuation. 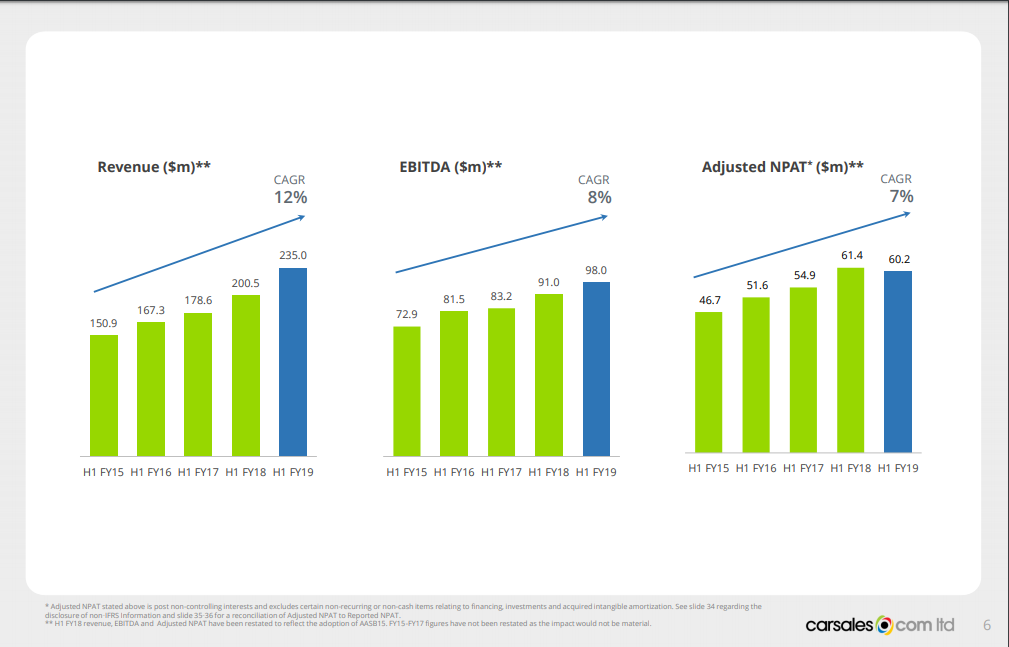 Stratton is a leading player in the asset finance and insurance market, and finances assets worth over $750 million each year for its customers. The business has a rich customer base backed by 22-year history, and it is adapting to regulatory changes in the automotive finance market, progressing towards digital transformation. carsales believes appreciation in the shareholdersâ value could be propelled by investing in the development & growth of core Australian and international business; however, carsalesâ platform would offer Strattonâs products along with additional finance products benefiting carsalesâ entire customer base.

In the recently released Investor Presentation, ICQ reported that Malaysia business is witnessing profit growth in 2019 with March 2019 audience grew at 25% y-o-y. It further presented that the business in Malaysia has been profitable since September 2018 with EBITDA in Q1 2019 recorded at +$35k against -$145k in Q1 2018.

ICQ reported that due to general elections & quality improvement Thailand business saw fall in the leads & audience during the March 2019 quarter However, the group reported Q1 2019 as overall Thailand business profitable with EBITDA in Q1 2019 of +$11K compared to -$200K in Q1 2018. The fall of leads & audience accounted for 27% and 41% decline y-o-y basis. As per the presentation, Indonesia business ramped up monetisation & halved EBITDA losses in Q1 2019 versus Q1 2018; audience increased 4% y-o-y but leads decreased 8% y-o-y due to general election & improved quality during the Q1 2019.

As per the presentation, the company would be introducing WhatsApp & Line integration in its used car platform, and some test results have depicted 80% to 109% rise in lead conversion across Thailand, Indonesia & Malaysia. Also, ICQ would be launching an integration with Wechat Miniprogram while review for Facebook Messenger is underway. 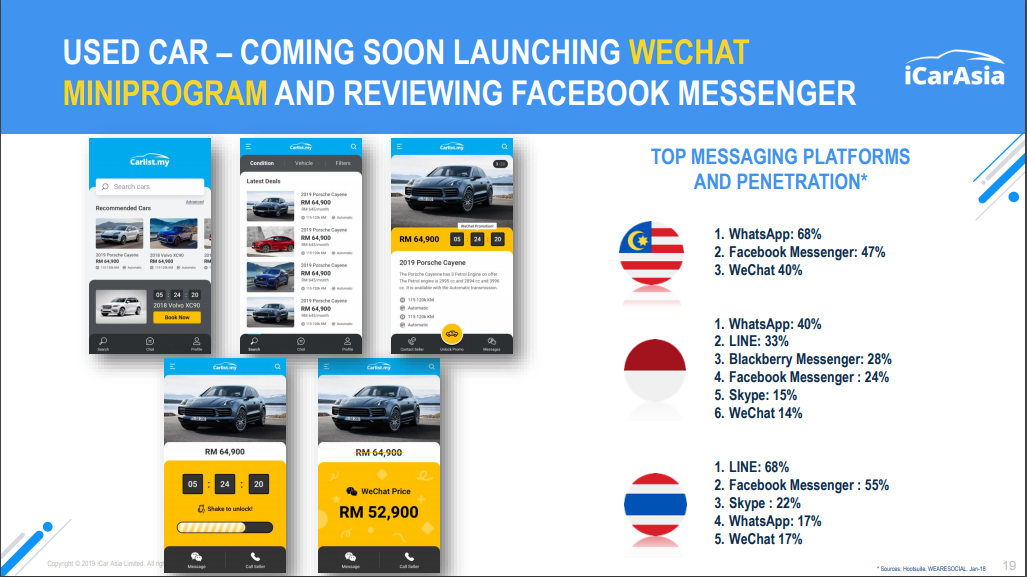 On 13 June 2019, ICQ announced a receipt of A$7,674,463 from the exercise of options issued under the terms detailed in 2017 Right Issue Prospectus dated 15 November 2017. Subsequently, the cash and cash equivalents of the company has more than doubled from the balance on 31 March 2019.

ICQ stated that the receipt from exercised options had strengthened the balance while A$5 million debt facility remains undrawn. It was reported that ICQ issued approximately 38,372,315 fully paid ordinary shares against the exercised options including the options exercised by substantial shareholders Catcha Group and PM Capital.