In the contemporary world, innovative car models are in demand and the shift has recently moved towards new energy and intelligent driving. Industry experts vouch that the next generation cars will be automated, connected and emission-free. This indicates that the current ecology of the global automotive industry is experiencing a restructuring.

Nations are noticeably adapting to the new trends that are energy-saving, well-connected and boost the idea of automated driving. As the consensus believe, 2015-2025 is expected to be an exciting time for the global automotive industry, with the electric car segment attracting various entrants and substantial investments made to capitalise on the growth of electric vehicles.

Talking about the new entrants, let’s stick to the good old players of the game in this article. Tesla, Inc. is a renowned name in the automotive industry. Let’s dive into the factors that are propelling growth and screen through a few challenges that the Company is surrounded with-

Founded in 2003, Tesla has been breaking new barriers in developing high-performance and world-class automobiles, be it highest-selling pure electric vehicles or the safest, highest-rated cars on the road in the world. The flagship Model S sedan and falcon-winged door Model X sports utility vehicle are a few class products of the Company.

The Company’s ultimate goal is to pace up the global transition to sustainable energy. For the same, it has introduced the simpler and more affordable mid-sized sedan, Model 3, expected to lift electric vehicles into the mainstream. Moreover, the Company now has a Gigafactory and has acquired SolarCity, activities that indicate its interest in solar, storage, and grid services.

Tesla welcomed 2020 with a bang! On 3 January 2020, it notified about attaining record production of approximately 105,000 vehicles followed by record deliveries of almost 112,000 vehicles. What has caught the automotive industry’s eye is the fact that Tesla delivered approximately 367,500 vehicles in 2019, which is more than 50% than 2018, well in line with its guidance.

Once this update was out, it built the investor sentiment positively as confidence that Tesla is back in the profitability radar was restored. The Tesla stock (NASDAQ:TSLA) surged as much as 5.5% on 4 January 2020, to new intraday highs, topping Wall Street estimates while beating the low-end of its own guidance.

Market experts believe that this record production and deliverable is a clear indication that EV demand remains strong for Tesla, which is well positioned for 2020 with continued positive momentum in all business areas.

Recent US and Iraq Debacle- Good for Tesla?

Interestingly, TSLA was in the green zone of NASDAQ on 4 January 2020, after the US killed Iranian military officials in Iraq. Consequently, there was a surge in oil prices and Tesla, maker of electric vehicles noticeably benefited. Simply put, high oil price is a good for electric-vehicle demand, as expensive gasoline ideally makes battery powered EVs look more attractive.

Even though the stock soared due to the strong business momentum, this event might have had a tad-bit impact on it.

The Company released its quarterly report for the third quarter ending 30 September 2019, which provides a continuing view of Tesla’s financial position that are as follows:

The FY19 focus for Tesla has been cost control and preparing for its next phase of growth. Rephrasing this into action, the company has been removing substantial cost from our business and the operating expenses are at the lowest level since Model 3 production started. Consequently, Tesla was successful in returning to the GAAP profitability in Q3 while generating positive free cash flow.

Moreover, the Gigafactory Shanghai was built in 10 months and has already produced just under 1,000 customer salable cars and have begun deliveries, validating Tesla’s improved pace of execution and capital efficiency of new production lines.

In this backdrop, let us look at a few growth triggers for the Company- 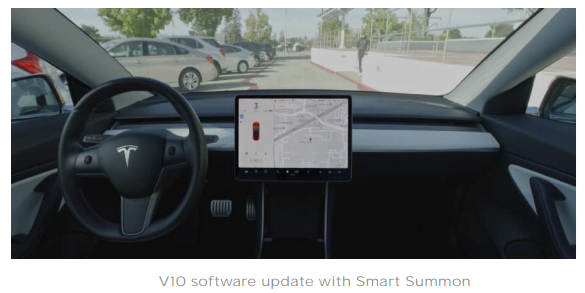 Nothing in the business world is constant and challenges surround every company, no matter how well equipped it may be. Even though Tesla has been on a growth trajectory- be it the shares, production, deliverables or the financial aspect of business- there are fundamental challenges that surround it that are as mentioned below:

With the year beginning on a good note for Tesla, it would be interesting to await its upcoming Q419 results and other operational highlights and developments. As of now, investors do seem to have gained back some confidence in Tesla, but will the good times stick around for long? Only time would tell!