ECR Minerals (LON: ECR) is an AIM listed mineral exploration and development company, vying for the next multimillion-ounce gold resource in Australia, which is presently in the midst of yet another minerals boom.

ECR has rightly targeted the state of Victoria through its subsidiary Mercator Gold Australia Pty Ltd. The Australian subsidiary of the company strategically holds 100 per cent ownership of two prominent gold exploration projects -- the Bailieston and Creswick, in Central Victoria, Australia.

The state of Victoria is a major gold producing province, not only for Australia but for the world. With over 85 million ounces recorded to have been discovered, the government estimate that there is still 75 million ounces which is yet waiting to be found. Thirteen goldfields in Victoria have each produced more than one million ounces.

As per the latest data, the state has produced an average of 10.8 kilograms of gold per kilometre squared, much higher than any other state in Australia. If we talk about history, in 1851, Gold discovery at Ballarat led to the famous gold rush in Victoria. During its peak in 1852-1853, when 6,000 miners were arriving there every week on an average hunting for fortune, the region was considered as the world's wealthiest alluvial goldfield.

Amid the significant resurgence in domestic and international interest in Victorian gold and the surging gold prices, the Victorian government introduced a 2.75 per cent gold royalty of the net market value of production in its Budget 2019-20, which was implemented from January 1, 2020. However, the measure does not seem to dampen the interest of the explorers, as the government clarified that the tax would only affect five major companies in Victoria.

This became evident with state’s resources regulator receiving over 350 new mineral licence applications, renewals, transfers and variations during 2020marking a five-year high. The state government has been supporting the mining companies for long and has granted multimillion-dollar to get their projects started. 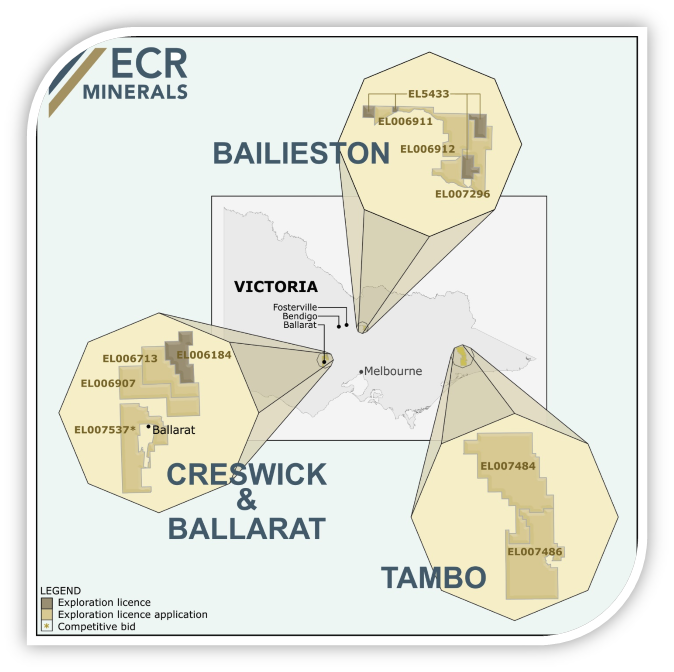 The Australian minerals sector accounts for over 10 per cent of the nation’s GDP.  As per the Australian Bureau of Statistics, the sector’s contribution to the economy in 2019-20 was of 10.4 per cent, which makes it the largest contributing component of the economy. ABS data also highlighted that mining gross value added surged to 1.1 per cent in 2019-20 from 4.6 per cent in 1999-00.

Australia is among the top five producers of the world’s vital mineral commodities and employs nearly 240,000 people directly.  The nation is the world’s foremost producer of alumina, bauxite, tantalum and rutile.

How well is ECR placed

Recently, ECR completed its first diamond drill hole at the Bailieston license, utilising its in-house drilling equipment in an efficient, safe manner and has almost finished drilling the second hole. The company has noted that the initial core inspection identified visible gold in the core.

The company has been applying a portable x-ray fluorescence for the preliminary examination process, which has confirmed visible gold content seen in the core from 111 metres.

The company has over £4 million in the bank and has a further £1.8m due to be received through the exercise of warrants and options by shareholders, staff and consultants.  ECR has sufficient funding to continue all exploration and drilling continuously until 2023.

In addition, the company sold its SLM Gold project in Argentina in February 2020 and can potentially receive a net smelter return (NSR) of 1-2% capped at 2.7 million USD. Furthermore, the company disposed of several non-core licenses in April 2020 and could receive up to 2 million USD in payments subject to future resource estimation or production at those projects. 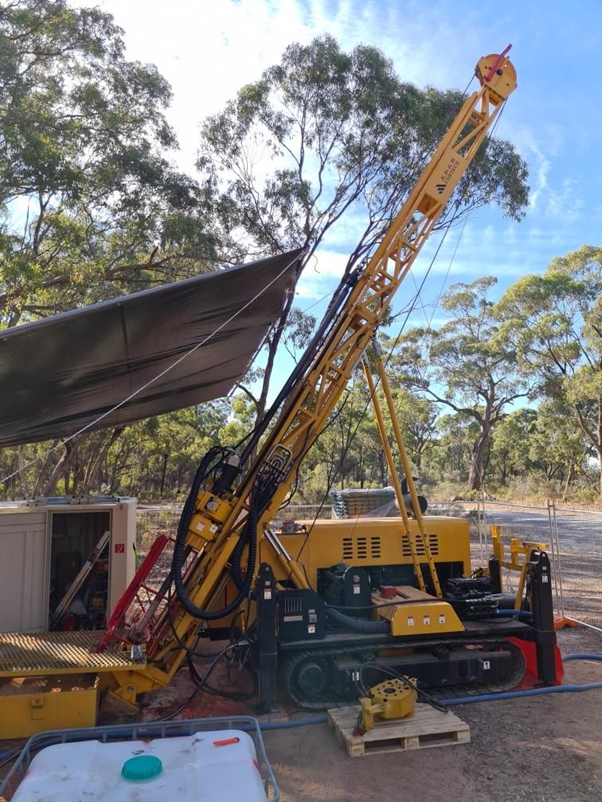 It was not only Australia but the whole world which was affected by the COVID-19 pandemic, still the mining industry in Australia stood as a pillar of stability. With the state granting licence for exploration in south-west Victoria, more areas are opening up, where regions like East of Hamilton and north of Warrnambool are assumed to feature deposits of copper, gold and other metals.

The Australian government is expected to support the industry with faster project approvals and competitive tax rates in post-COVID-19 economic scenario. Mining is considered an essential industry and ECR has had no restrictions on operations during COVID-19 lockdowns.

ECR Minerals has strengthened its position to harness the second gold rush of the region. The company continues its extensive exploration campaign. The company has a total of eight exploration license applications, including two new licences in eastern Victoria, which cover the Tambo gold project. The early signs of success are already visible for the shareholders who have seen a substantial increase in the company’s share price.