In the month of April, several NZ companies had their dividend record dates with the payments also to be made towards the end of the month or early May. The dividend payouts are attractive for the risk-averse investors who want a flow of steady income. Many of these companies had stopped paying dividends in FY2020, but shareholders are now taking a sigh of relief as they have resumed their dividend payments, which is also reflecting on their cash-flow situation.

Let’s look at some of the companies with good payouts, which have their ex-dividend dates scheduled for April.

Due to a solid setback in retail sector in the first part of FY 2020, WHS, the leading retailer of NZ suspended its dividend payout for FY2020. However, for FY21, it resumed its dividend payments. It declared an interim dividend of 13 cps, with ex-dividend date on 6 April 2021. The payment date for the dividend is April 22 and the imputation value is 5.65 cps. In February, after the sales picked up, WHS had also declared a special  dividend of 5 cps for its shareholders and it was paid on 4 March 2021.
Also Read: Do These 6 Dividend Stocks Have Robust Growth Prospects- HLG, WHS, NWF, MEL, CDI, FCT?
Read Also:  The Warehouse Group (NZX:WHS) Appoints Rachel Tauleli As Non-Executive New Director

FCT is an investment fund, which rewards its shareholders with rich returns by investing in the best equities globally. It announced a dividend of 3.400 cents per share, which was recorded on 16 April 2021 and will be paid on 13 May 2021. The dividend is unimputed and the Company has paid a strong and consistent dividend to its shareholders all through FY2020, FY2019, and FY2018. The investment trust has consistently paid dividend in FY2020, FY2019 and FY2018. The dividend is unimputed.

HLG is also a leading retail company, which manages more than 120 stores across NZ and 35 stores in Australia. It announced a dividend of 23cps for FY21. During the COVID-19 year, FY20, it was consistent with its dividend payouts. It rewarded its shareholders with rich dividends. The dividend it announced for FY21 had its record date on 8 April 2021 and was paid on 16 April 2021.The imputation amount is 8.944 cps. 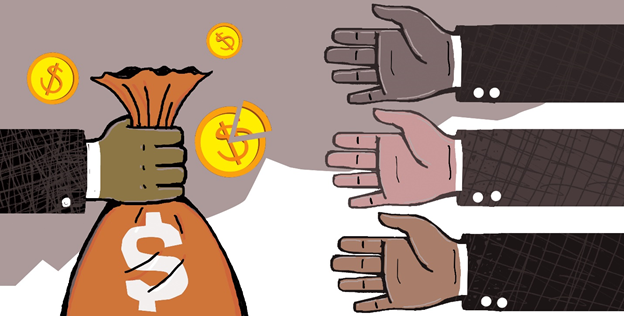 CDI indulges in niche investment in property and development. Historically, the Company has been paying only one final dividend to its shareholders every year. In FY21, also it announced its final dividend of 3.500 cps to be imputed at 1.361 cps. The record date for this dividend is 29 April 2021. And the payment date is 14 May 2021.

TCL is another investment company, which announced a dividend of 4.800 cps. This investment company has been consistent in paying four dividends in total every financial year. These include three interim and one final. The ex-dividend date for the dividend is 28 April 2021 and it will be paid to the shareholders on 28 May 2021. The dividend is unimputed.

NZ Windfarms paid out its final dividend for FY20 of 0.70 cps on 22 September 2020 due to the cash buffer held by it. Even for the next dividend paid on 31 December 2020, the board was able to free up cash to pay unimputed dividend of 0.40 cps to its shareholders.
Also Read: Will NZ economic activity gather momentum in March quarter?

Dividend (announced today) paid 9 Apr 2021: 0.15 cps unimputed interim dividend. However, for 2Q FY21, it announced a dividend of 0.15 cps paid on 9 April 2021 with its record date towards the end of March 2021. The dividend is unimputed one.
Also Read: These 6 NZX Penny Stocks Reward Their Shareholders With Dividends