Movers and Shakers On The NZX Today?

The stock markets have been volatile the world over due to uncertain macro-economic environment. New Zealand market was also volatile during the Tuesday trading session with more losers emerging than gainers. The biggest gainers were penny stocks, which have future growth plans. However, it was a missed bag with losers outweighing the gainers. NZ’s main equity index, NZX50 was marginally up.

Let’s look at some of the top gainers and losers on Tuesday.

MWE was the biggest gainer of the day. It gained a spectacular 6.45% on Tuesday. The Company in its recent announcement declared its share purchase plan (SSP), and in early March, the board of MWE announced that it had raised NZ$ 508,028 through its SSP. The funds raised through the SSP are to be used for maintaining a certain level of inventory, investment in online strategy, and expanding the international markets.

SVR gained 2.63% intraday on Tuesday. It is a hospitality company, but its performance does not reflect the impact of COVID-19. This group is also on expansion mode as announced on March 10, 2021.

SVR’s wholly owned arm, Amano Group, agreed to purchase all the assets of the Group’s restaurants at a price of NZ$11M. For this, SVR is going for capital raise of NZ$6M via rights issue. The capital will be deployed to pay for acquisition of Amano assets and expansion of the core business.

ARB is a forestry company, which sells seeds all over the world. When the market was trading either flat or in red, ARB’s stock was trading up by 2.42% up on Tuesday. Lately, ARB announced that it had received approval and funding from Small Business Administration under the CARES Act paycheck Protection programme for a second loan amount of US$1.95. The funds are to be used to retain its employees by paying their paychecks. 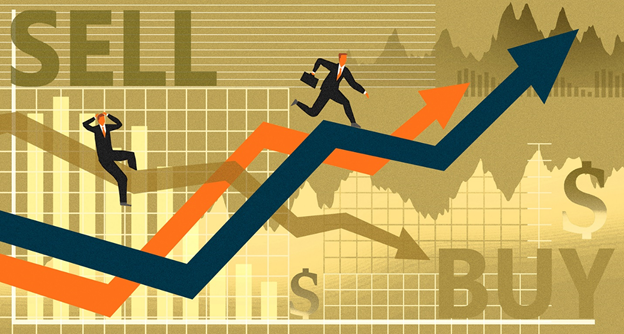 BLT was down by 2.78% in Tuesday’s trade. On March 23, 2021, the Company announced the launch of its significant cosmetic skincare offering and highlighted the strategic importance of the D2C e-commerce channel.

Also Read: 5 Hot Penny Stocks Attracting Investors On NZX- BLT, APL, ARB, CAV, CBD
The Company suffered some losses in its actual store sales but online sales picked up during the COVID-19 pandemic. As a result, BLT is emphasising on D2C strategy.

ALF lost 3.70% on Tuesday. The Company recently announced its half-yearly results, in which it exceeded its previous forecast of net profit, but was down in its net profits before tax due to veal processing units. The results were largely mixed. The last year was very challenging for the Company but FY2021 started off relatively well. ALF has a strong strategy in place for future growth, and with the economy opening up, the company hopes to restart its livestock trading.

APL was amongst the bigger decliners, losing almost 1.47% in Tuesday’s trade. Recently, the company announced its interim dividend for quarter ended 31 December 2020. The Company is steady with its dividend payouts and plans to remain the same going forth.

APL also recently announced the sale of its Eastgate Shopping Centre in Christchurch for NZ$43.45 million to a private investor.