What is the IS-LM model?

How do we arrive at the product market equilibrium?

The product market is said to be in equilibrium when savings are equal to an economy's investment. Savings is a function of income, and there exists a positive relationship between the two variables. On the other hand, investment is related to the interest rate in a negative manner. The investment savings equality curve shows the various combinations of interest rate and income where savings and investments are equal.

How can the IS curve be derived?

IS curve shows the various combinations of income and interest rate where savings is equal to investment. In the diagram below, in the upper panel we can see the savings and investment curves. 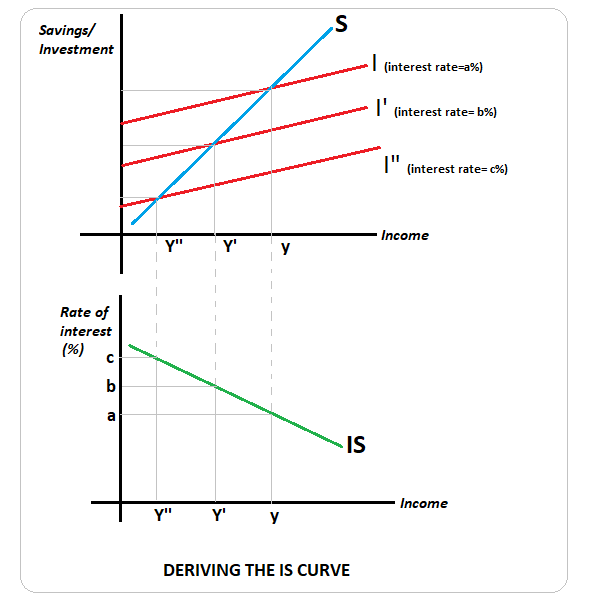 In the bottom panel of the graph, we see that the IS curve is derived by joining together the points which have savings-investment equality at various interest rates- income combinations. Thus, the IS curve is a downward sloping curve because as the interest rate decreases, there is an increase in investment and in income.

The IS curve can be said to be the goods market equilibrium derived as the inverse relationship between the economy's rate of interest and income.

What determines the slope of the IS curve?

What causes shifts in the IS curve?

It may be noted that a change in interest rates will not shift the IS curve but will cause movements along the curve.

How do we arrive at the money market equilibrium?

How can the LM curve be derived?

LM curve is the combination interest rates and income levels where money demand and money supply are equal. This is also called money market equilibrium.

In the diagram below, L1, L2, and L3 are liquidity preferences or money demand curves at income levels Y1, Y2, and Y3, respectively. Y1 > Y2 > Y3. The horizontal line QS is a vertical line indicating a constant or perfectly inelastic money supply in the economy. On the right panel is the LM curve, which shows the combination of interest rates and income where money demand equals money supply in the economy. 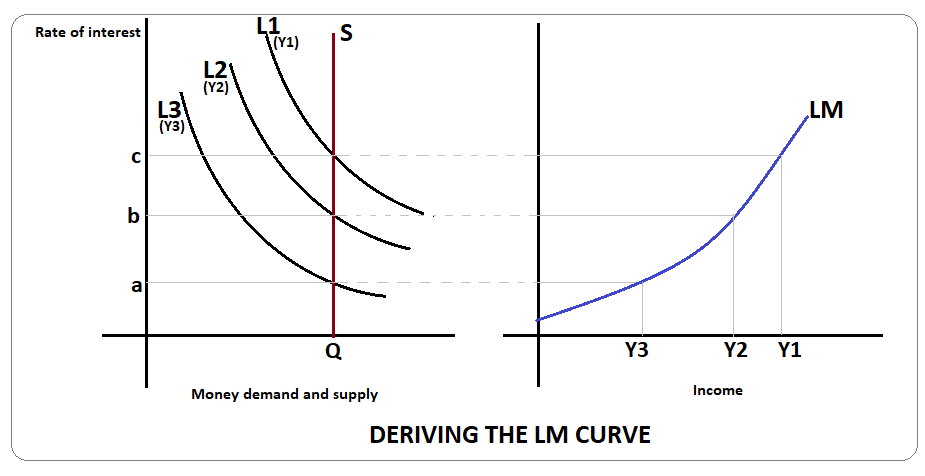 What is the slope of the supply curve?

What causes shifts in the LM curve?

LM function is derived based on money demand and supply. Therefore, holding any one of these factors constant, an increase or decrease in the other variable will lead to a shift in the LM curve.

It may be noted that other things remaining constant, a change in the rate of interest will not shift the curve but only lead to a movement along the LM curve.

What is the IS-LM model? 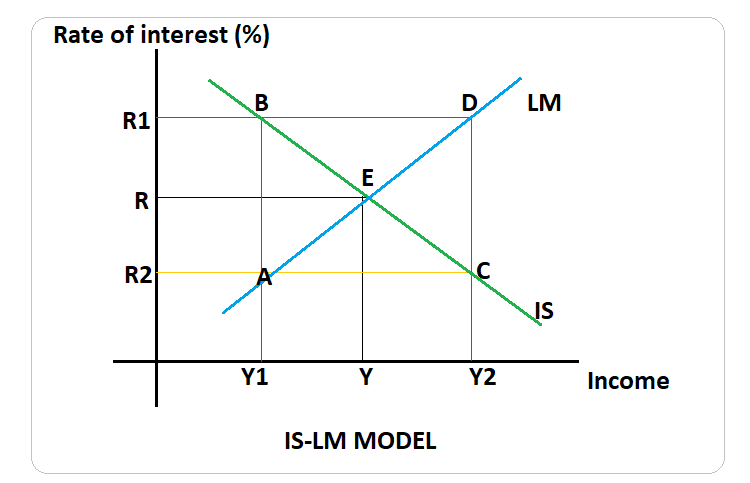 The IS-LM model is used to determine the income-interest rate combination wherein the goods market and the money market are in equilibrium. This equilibrium is attained at point E corresponding to interest R and income level Y in the above diagram. Thus, any deviation from E will trigger the market forces to revert to E.

Suppose we see income level Y1, the goods market is at equilibrium at R1 while the money market is in equilibrium at R2. At point A, investment is more than savings- implying an excess demand for goods. As a result, income increases. With higher income, there is more demand for transactions which is met by selling off bonds. This results in interest rates rising- inducing a movement along the LM curve from point A to E. Here the interest rate is higher, and thus investments are lower. At the same time, a higher income level leads to an increase in savings.

Why is Nitro Software (ASX:NTO) in news today