Organigram Holdings Inc (TSX: OGI) has been turning heads in the Canadian markets as its stock swelled by roughly 11 per cent on Thursday, March 24, in the light of some corporate updates and new development in its pot products portfolio.

Organigram Holdings is a Moncton, New Brunswick-headquartered firm that holds the license to produce indoor-growth cannabis for medical and recreational purposes in Canada. The firm is focused on building overseas business partnerships.

So, let us find out what the pot maker said in its latest announcement and discuss its overall performance in detail.

The C$ 658-million market cap company announced that it strengthened its market position with the acquisition of Laurentian Holdings, a Quebec-based company, in December last year.

The company added that through its national distribution and sales network, Laurentian products are "expected" to be accessible in nine Canadian provinces in the upcoming three months.

Its Moncton facility's keif production surpassed initial targets on a quality and quantity basis and is now available in its Laurentia facility to enhance hash production. 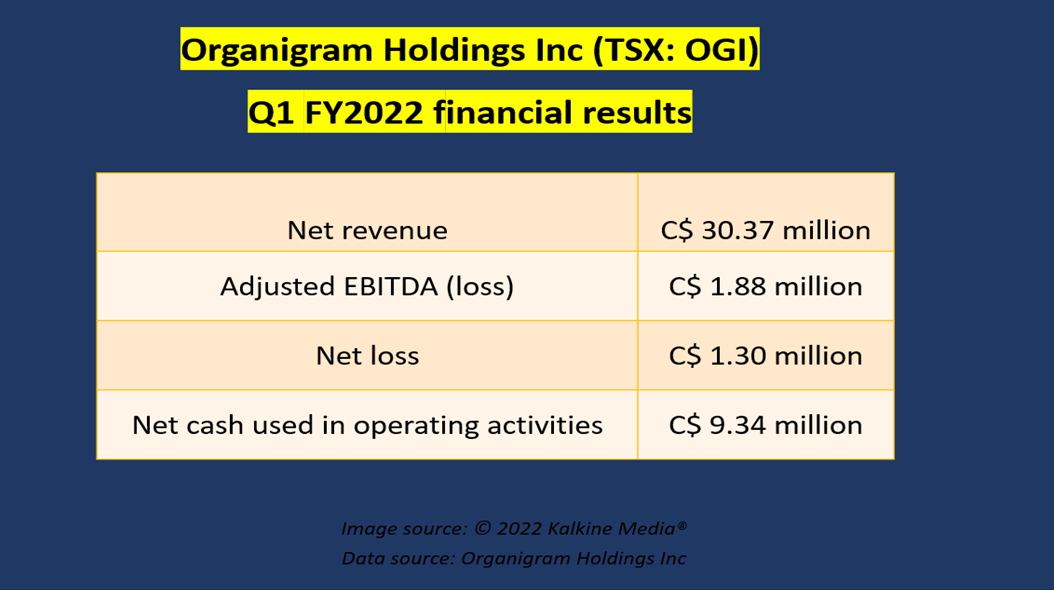 Investors interested in pot stocks, however, should be aware of the latest developments in the cannabis market to reap benefits in the long run. Also, it is necessary to evaluate the company's growth potential before making any investment call.