A long-term compounding machine whose market capitalisation crossed the $6 billion mark. One of the founders of the firm continues to serve on its Board, bringing in skin in the game. He has been with the firm for nearly thirty-eight years now.

Harvey Norman Holding limited (ASX:HVN) is primarily a consumer electronics retailer, but also retails homewares and furniture. Long term investors in Harvey Norman know that the business has been a great compounding machine. 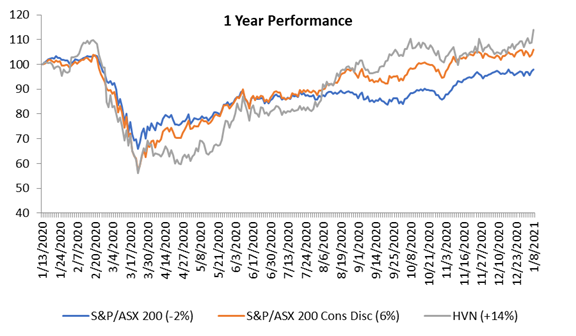 Now Harvey Norman is a global brand with stores in Europe and Southeast Asia, in addition to its widespread presence in Australia and New Zealand. The company also owns properties across its markets.

In FY20, the company’s aggregated headline franchisee sales were $6.16 billion, which do not form part of consolidated revenues. Company-operated stores delivered a revenue of $2.29 billion. 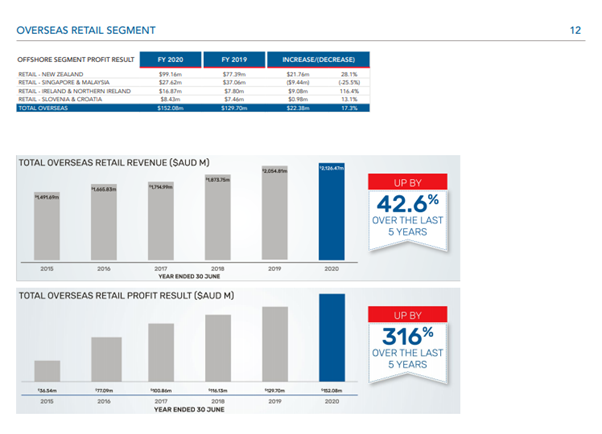 Harvey Norman delivered basic earnings per share of 39.19 cents, up from 33.94 cents in the previous year. It paid fully franked dividend of 24 cents during the year.

At the end of the year, there were 194 franchised complexes in Australia and 96 company-operated stores. Property portfolio was valued at $3 billion, consisting of freehold properties in Australia, owner-occupied buildings in NZ, Singapore, Slovenia, Ireland, Australia, and JV assets.

In FY20, the company opened six new stores, which included 5 stores in Malaysia and 1 store in New Zealand. In FY21, the retailer was targeting to open 12 new stores, however the pandemic impacted the expansion plans of the company.

Around five stores, which were slated to open in the second half, were delayed due to lockdowns. In a revised plan, the company is now seeking to open 12 new stores in FY21. COVID-19 pandemic also impacted operations significantly.

While business impact was visible in the trading for store, the company also received assistance from Governments in its markets. Harvey Norman’s subsidiaries received wage assistance of $22.28 million.

All of the wage support received by the retailer was passed on to its employees. The company also received property-related support and assistance of $9.81 million in total. The support package ensured that business was sustaining after the lockdowns.

Harvey Norman stated that the level of demand for products catering to work and study from home, cooking and entertainment from home was elevated on account of the pandemic. Despite the Melbourne lockdowns, the sale uptick continued.

Unaudited accounts for the 1 July to 31 October indicated profit before tax of $341.11 million, excluding AASB 16 and net property revaluation impact. The unaudited result reflected an increase of 160.1% compared to same period last year.

All eyes are now set on the vaccine rollout, as investors try to gauge the uptick in economic activity post a successful execution.