ASX-listed Variscan Mines Limited (VAR) has released the results of the 3D laser survey undertaken at the San Jose-Novales mine and its integration with the significant historical drilling database. Interestingly, the 3D laser survey has identified in-situ high-grade zinc mineralisation beyond surveyed mine workings. Besides, multiple drilling target areas have been discovered from the survey.

Also, the 3D survey of stopes, workings and mine development has validated the wide lateral and vertical extent of mineralisation (present and past) within the San Jose mine.

Conducted by 3DMSI Limited, the survey covered the major historical works areas and surpassed 2,500m, leading to a preliminary estimation of over 180,000 m3 having been extracted from the San Jose mine. The survey has generated a highly detailed 3D model of the main workings and mine development at the San Jose–Novales Mine.

Let us quickly gaze through the key findings from the 3D laser survey:

Variscan informed that as the 3D survey has enabled confirmation of mined mineralisation, the geological data demonstrates where do unmined targets lie. The 3D survey has further provided certainty to these positions to provide potential drill collar and drilling direction targets. 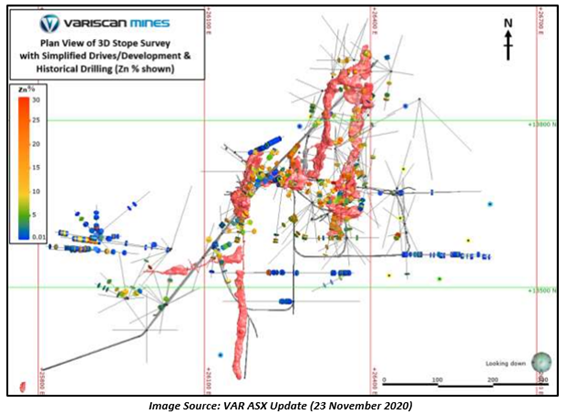 The presence of potentially mineralised, unmined material has been detected surrounding the stopes in the centre of the San Jose mine. The Company notified that some outer zones still seem to have in-situ mineralisation, particularly in the southwestern area of the mine. Besides, some other areas have been found to have potentially mineralised zones along strike extensions. 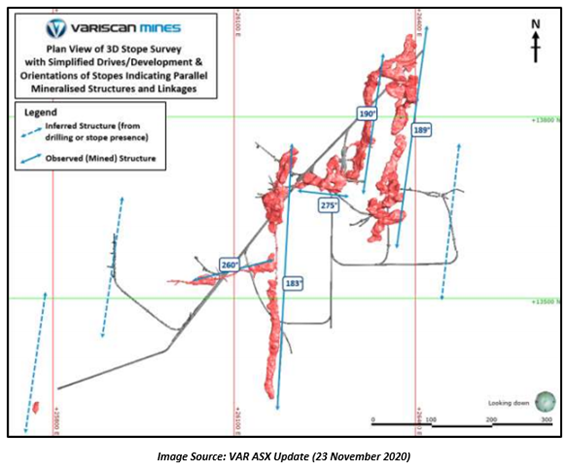 The northern and southern extremities of stopes and the E-W linkage structures are believed to be prospective for possible mineralised strike extensions.

The 3D underground survey has also discovered multiple drilling bays and extensive access to existing stopes (ore passes and drives). Variscan highlighted that it has identified 24 potential drilling bays underground by combining the 3D mine survey, the drilling database, and the preliminary mineralised model (>1% Zn and >3% Zn).

The two priority areas (comprising five drilling bays), which are also the impending drilling targets considered to be the most prospective, are demonstrated in the below figure: 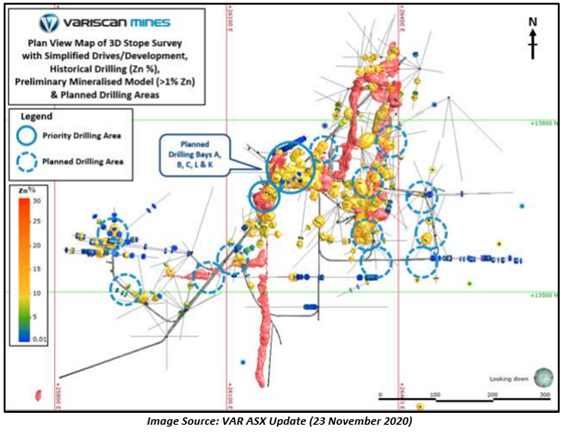 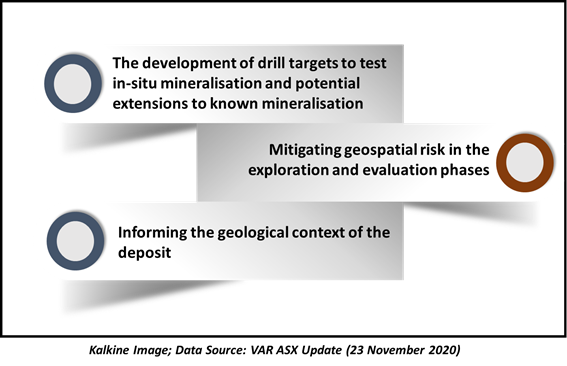 All in all, the 3D laser survey has provided Variscan with the accurate detail needed for an underground drilling programme, which is targeted at evaluating repetitions and extensions of mineralisation.

Going forth, Variscan is planning a series of exploration plans to advance its flagship Novales-Udias Project, which comprise: 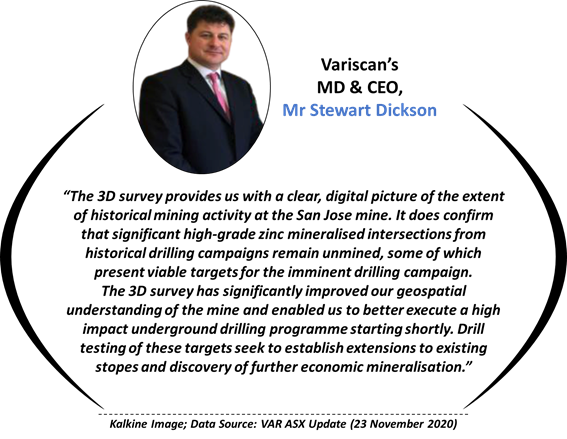