Australian explorer, Pacifico Minerals Limited (ASX: PMY) appears to be playing out its cards well to advance its exploration and strategic undertakings at Sorby Hills Lead-Silver-Zinc Project. In a significant update on 18 September 2020, Pacifico announced a capital raising to raise up to $12 million. The capital raise is garnered towards funding a Definitive Feasibility Study (DFS) at the Sorby Hills Joint Venture and also reach a Final Investment Decision on the project.

Pacifico Minerals has received binding commitments for $10 million under the Placement, while it also plans to undertake a Share Purchase Plan for raising up to $2 million. 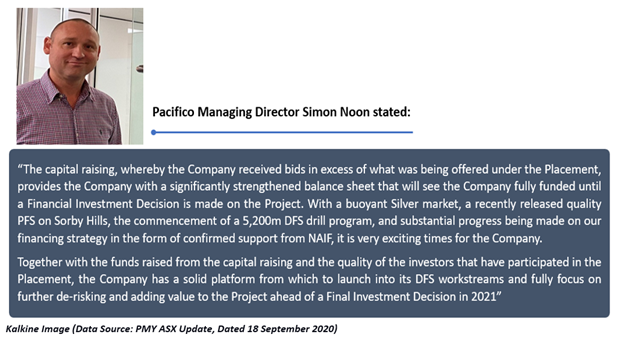 The Company recently released a Pre-Feasibility Study (PFS), confirming technical and economic robustness of the Sorby Hills. PFS indicated strong project economics with a Pre-Tax NPV8 of $303M, Pre-Tax of IRR 46%, along with strong cash flows, supporting debt for a significant portion of the upfront capital requirement.

The capital raise boosting the liquidity of the Company is expected to further progress the key development activities. 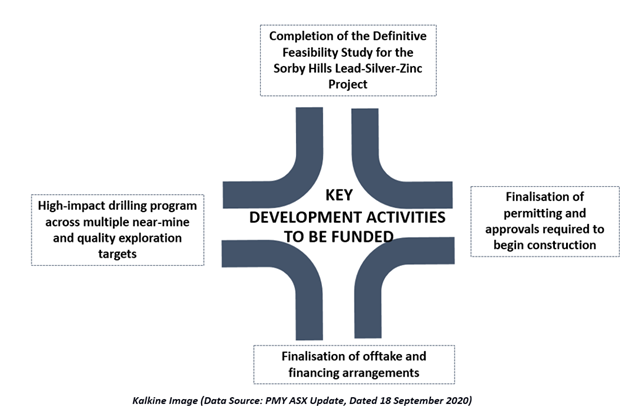 Lens through the Placement

The successful capital raise, which was strongly supported by quality institutional and strategic shareholders, has offered liquidity boost to the Company. The shares will be issued at the Placement price of $0.018 per share, which represents:

The new shares to be issued under the Placement will rank equally in all respects with the existing ordinary shares on issue. A maximum of 555,555,920 fully paid ordinary shares will be issued.

Euroz Securities Limited and Shaw and Partners Limited acted as Joint Lead Managers in respect of the Placement, while BurnVoir Corporate Finance advised the Company.

Along with the Placement, Pacifico Minerals also plans to offer all existing and eligible investors the opportunity to subscribe for new shares at $0.018 per share. The share price under the SPP offer is the same as the Placement Shares.