The ASX listed metallurgical coal explorer Cokal Limited (ASX:CKA), aims to have a global presence as metallurgical coal producer. It has announced the award of Mining Services Contract after the successful tendering process to the PT. Harmoni Panca Utama (HPU).

The contract is believed to provide a significant step towards the near-term development of the Bumi Barito Mineral (BBM) coking coal project in Indonesia. The Company notes that the contract would provide financial leverage and will help in reducing upfront capital investments in the project.

Aahana Mineral Resource SDN BHD, largest shareholder of Cokal, helped in the tendering and selection process of the contract. Aahana Minerals have vast experience and expertise in the related geography. The Company is planning to produce high-grade premium coking coal and PCI products to cater to the Asian steel markets.

The Mining Service Contract is for the period of 5 years and includes the following services:

HPU has agreed to the activities mentioned in the contract and will mobilise the fleet and manpower upon receiving the notice from Cokal. 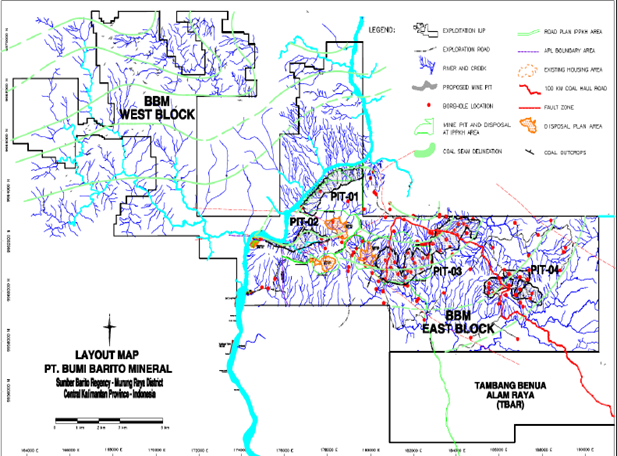 Cokal holds 60% interest in the BBM project located in Central Province of Kalimantan, Indonesia. The project is spread in 14,980 hectares of land. The BBM permit contains multiple high-quality coal seams.  Cokal has provided full funding to 60% BBM over the last 10 years . Accordingly BBM owes Cokal cieca US$45million and accordingly 100% of the net cash flows will go to Cokal until this is repaid.

Cokal has secured mining license for the period of 20 years which can be extended up to 10 years twice during the life of the mine. The environmental regulation will allow Cokal to produce up to 6MT of coal per year.

Port construction and forest department approval for the mining activity has been already granted to the Company.

Other Major Project Details of Cokal

According to Resources and Energy Quarterly report for the period ending 30 September 2020, the price of metallurgical coal has slid down in recent months and reached to the four-year low due to drop in demand because of ongoing COVID-19 pandemic. The demand for steel bottomed globally impacting the demand for metallurgical coal.

Currently, CKA is in a comfortable position in terms of funding. The company has received a firm commitment for raising US$20 million in debt. Proceeds provided by China Railway 21st Bureau Group International Engineering Co., Ltd (“CR”) & Beijing Fidick International Trade Co. Ltd will be used for the development of the BBM Coking Coal Project. Total cash and cash equivalent at the end of the quarter has been US$0.11 million. In addition Cokal has a US$800,000 debt facility from Aahanna to bridge the gap to when the China Railway facility can be activated in early December 2020.