The nickel prospectivity of the Lake Grace tenement was recently recognised and confirmed post the discovery of Chalice gold mines’ Julimar Ni-Cu-PGE deposit within the same belt of rock formations. In the past few months, the region has experienced a strong demand from the mining players, including Anglo American plc, to secure ground in the Southwest Yilgarn Terrane. 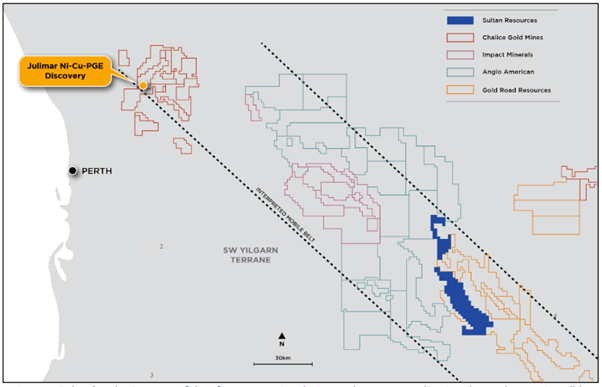 The ground reconnaissance exploration activities on the EL70/5095 is targeted to confirm if the magnetic anomalies identified in aeromagnetic surveys correspond to ultramafic rocks with potential to be associated with nickel sulphide mineralisation.

The tenement is covered by cleared farmland with prominent granite hills outcropping in the south. The salt lakes on the northern extent of the tenement include little outcroppings expect for an area with historic drill site. The drill holes intersected broad ultramafic with intervals intersecting thick disseminated nickel sulphides.

Important Read: Is Sultan on the pursuit of next Significant discovery in LFB?

The field inspection of the outcroppings confirmed ultramafic, mafic rocks and silcrete/metasediment rocks. The historical exploration dating back to 1969 by Electrolytic Zinc Company of Australia revealed strong anomalies containing nickel with lower copper and cobalt. Sultan concluded a rock chip sampling program which collected samples from the sub-outcropping rocks and has submitted it to the laboratory for analysis. 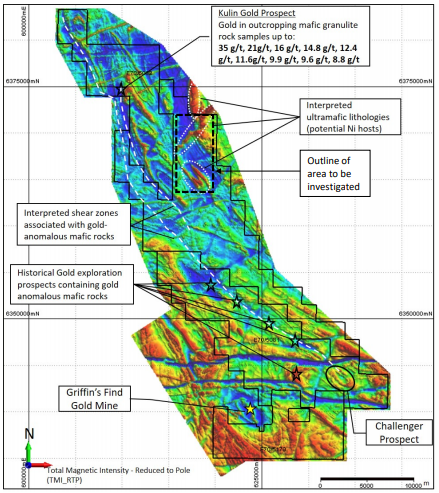 The work program continues on the south eastern extent of EL70/5095 where the prominent magnetic response indicates the presence of additional ultramafic formations. The Reconnaissance work revealed no outcroppings and will be followed up by geochemical sampling (soils or auger) in paddocks upon the completion of the crop harvesting and the finalisation of the landowners.

The verified ultramafic will be subjected to Electro-Magnetic (EM) surveys locating any concealed conductive bodies. Additionally, other areas of interest, including one to the south on EL70/5085, will be investigated during the ongoing exploration program.