The initial RC program will take two to three weeks to complete drilling on 15 to 25 holes, aggregating up to 3,300 metres. The logistics team at the Company would be mobilised in early February 2021 to prepare the drill sites for the drilling program.

The Mt Dimer Gold Project includes the mining lease (M77/515) and the exploration tenement (E77/2383), almost 100 kilometres north east of Southern Cross. The mining lease was historically mined in mid-1990s when the gold traded around A$500 an ounce. 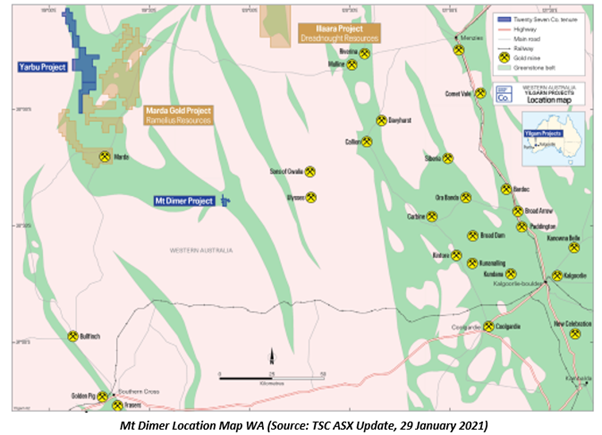 Since 1996, no substantial exploration or production activities have been concluded at the project area. The historical drilling program undertaken during the 1990s and the 4-hole drilling campaign of 2017 indicate the presence of substantial gold mineralisation at the open pit mining operations along the strike.

The planned upcoming steps at the Mt Dimer mining Lease include: