In what will help Troy Resources Limited (ASX:TRY) revamp gold production on the flagship Karouni Project, the explorer has secured the approval for the development of Smarts Underground Mine.

The approval has been granted by the Guyana Geology & Mines Commission (GGMC) after careful scrutiny of Troy’s application. However, Troy still needs to submit all plans and reports for each phase of mine development. Smarts Underground will be the first-ever underground mining project to receive approval for development in Guyana. The GGMC did not have prior experience in underground mining approvals, and this is a first for both GGMC and Troy. 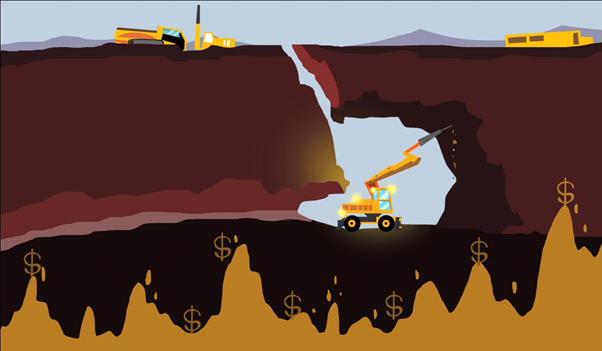 Troy enjoys good support from the government of Guyana and has already secured permits to commence infrastructure works.

Reports to be submitted by Troy to GGMC

Troy is working on all these reports on a war footing and will submit them to the Commission at the earliest.

Going forward, the Smarts Underground Mine will be Troy’s primary source of mill feed on the Karouni Project. The prospect holds Mineral Resources of 3 Mt @ 3.3g/t Au for nearly 290,000 ounces of gold.

Read here: A golden March quarter for Troy Resources: Gold production up by 75%

Smarts Underground exhibits the potential to become the most valuable asset on the entire project as the drilling campaigns of 2020 and 2021 have resulted in significant gold intercepts and boosted the confidence in the prospect.

Hicks 4 and Spearpoint are currently the main source of ores for the extraction and production of gold on the project. The latest estimation of ore grade has revealed that only one or two-month cut-off grade ore is left in the mines. Troy is working to replace the declining mines with Smarts Underground.

Troy is planning to develop the underground mine in two stages. In initial stage, Troy will develop a relatively short drive of nearly 800m to reach the first ore zone of 30,000 ounces. The strategy will minimise the initial CAPEX requirement, and on the later stage, the revenue generated from the initial production could be utilised for further development of the mine.