Committed to scripting a new copper growth story on the ASX, Torrens Mining Limited (ASX:TRN) and its joint venture partner Coda Minerals Limited are making rapid progress at the Elizabeth Creek Project, which is located in the Olympic Copper Province of South Australia.

Torrens holds a 30% interest in the project, while Coda Minerals Limited (ASX:COD) holds the remaining 70% stake.

The Elizabeth Creek Project is centred about 100km south of BHP’s Olympic Dam IOCG mine and only 15km from BHP’s sensational Oak Dam West IOCG discovery. Further to the east, OZ Minerals is now producing copper and gold from its major Carrapateena IOCG mine. 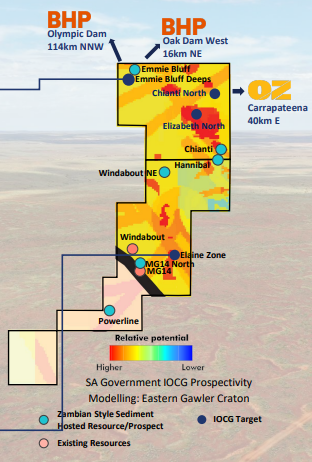 The project boasts a proven mineral resource of 280,000tCuEq at MG14 and Windabout. 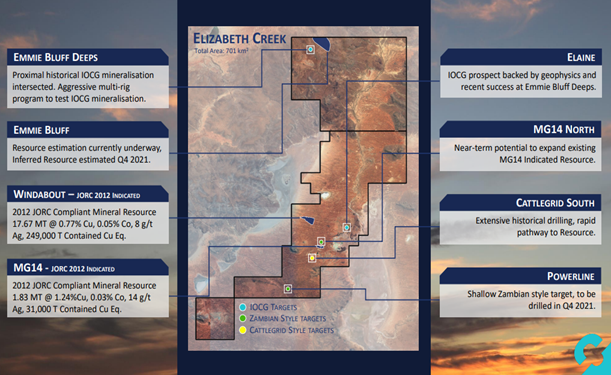 Drilling commenced on the Emmie Bluff Deeps IOCG target in May 2021. The drilling program is expected to run through the next year.

Extensive IOCG alteration associated with zones of copper sulphide mineralisation have been encountered, when drilling a target defined by a series of coincident and semi-coincident gravity and magnetic anomalies.

The parent holes drilled are: 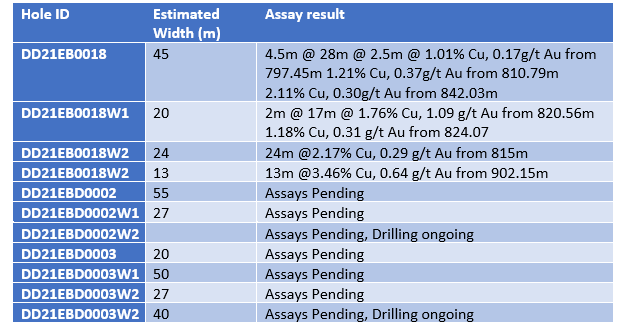 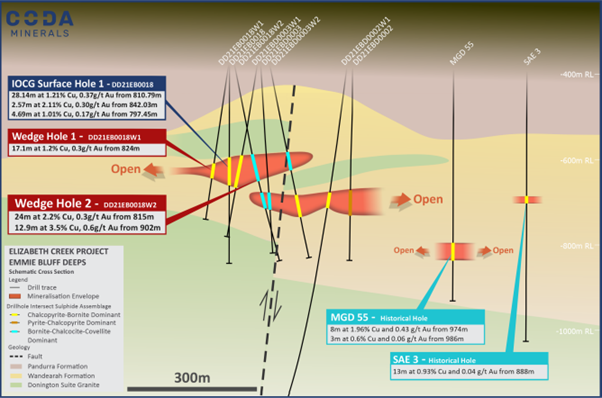 The lateral zonation of sulphides is a strong indicator of the presence of a mineralising structure in the area between holes DD21EB0018 and DD21EB0002.

Elaine: Another high-potential IOCG target on the project

The coincident  geophysical anomalism in the area has led to the identification of the Elaine prospect, for which drilling is planned. The anomalism on Elaine is similar to other large IOCG systems in the Eastern Gawler Craton.

Maiden resource update of Emmie Bluff targeted by end of 2021

Meanwhile, the final phase of drilling is underway on the prospect.

The Elizabeth Creek Project could witness a major boost in its copper-cobalt mineral resource once the current drilling campaign is completed. The regional exploration program is set to identify more prospects for the future.