Surefire Resources NL (ASX:SRN) shares surged over 27% midday on 19 January 2022, triggered by the release of encouraging drilling results from the Yidby Road Gold Project.  The Company has reported wide gold intercepts from drilling on the project.

With the mineralisation model updated for the project, Surefire is using it to define targets for the next drilling campaign. Significantly, the new interpretation highlights that the gold mineralisation drilled to date is just a part of a much larger gold, possibly multiphased, gold system.

Twenty-two RC (Reverse Circulation) holes for 2,298 metres have been completed on the Yidby Road Gold project to follow up of discovery drilling at the Yidby Road gold deposit and initial testing of several Mobile Metal Ions (MMI) gold anomalies.

The gold mineralisation continuity of strike and depth extensions was tested by drilling on the Yidby Gold deposit.

RC drill hole YBRC045 confirms the presence of an exceptionally broad near-flat lying gold mineralised zone in the south of the discovery area. This gold mineralisation is open both down dip and up dip.

A Mobile Metal Ion (MMI) geochemistry survey completed in the discovery area in 2021 highlighted many separate drilling targets. A total of 17 RC holes for 1,271m were drilled to test several of the MMI gold anomalies. Initial drilling results have successfully intersected shallow and wide down hole zones of gold mineralisation.

The Company indicated that drillhole YBRC033 returned a shallow wide intercept of 15m @ 0.38g/t gold from 15m beneath an MMI anomaly.

The gold in drilling intersections confirm the validity of the MMI method in this area with barren transported overburden. The Company plans to drill test further MMI gold anomalies, with the resumption of drilling activities at Yidby in 2022.

During December last year, Surefire completed a high-resolution ground magnetic survey over the discovery area. The ground magnetic data was further interpreted by consulting geophysicists to give several insights. 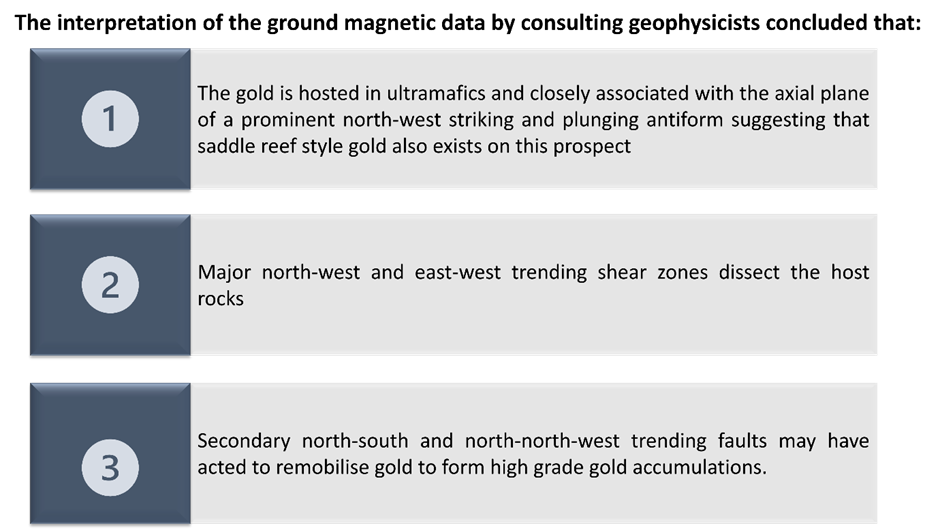 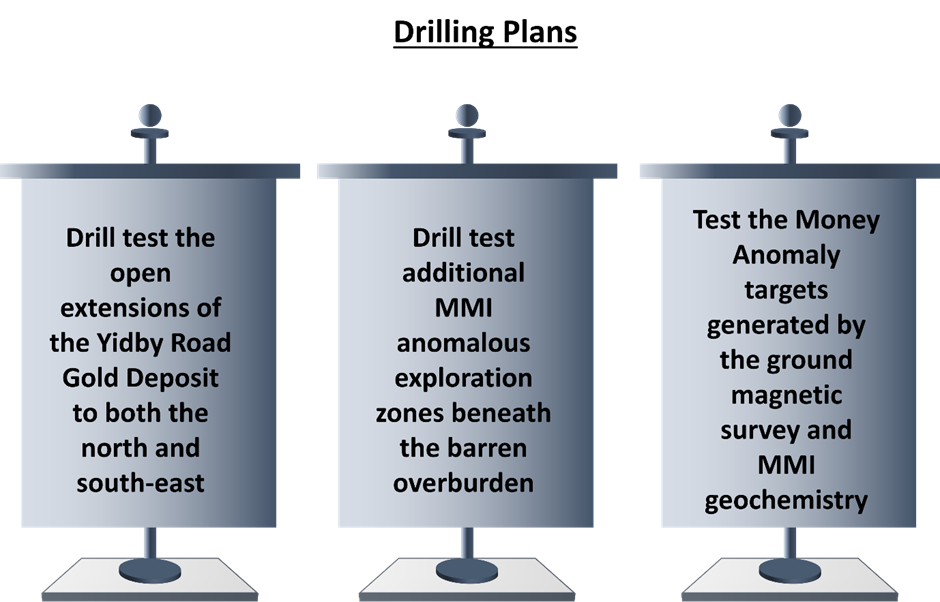