Surefire Resources (ASX:SRN) Gets PoW Nod for Drilling at Yidby

As per an upbeat market update on 22 February 2021, the company has received a green light for its Program of Work (PoW) for the drilling program. The approval was granted by the Department of Mines, Industry, Regulation and Safety (DMIRS). 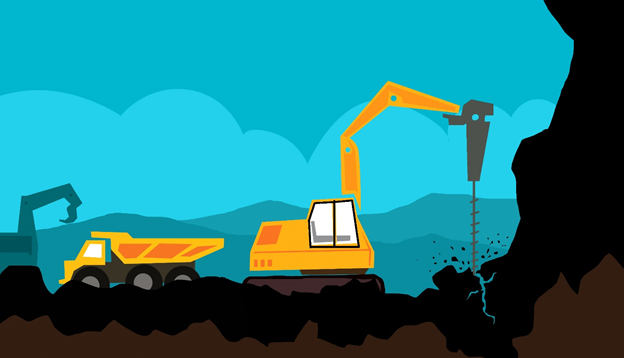 Drilling contractors have been engaged for the imminent start of the RC drilling program, planned for up to 6,000m.

They are likely to test the extensions of the thick and relatively high-grade mineralised zone at depth and along strike to the northwest and southeast.

A detailed gravity survey was conducted over a 2km corridor to the northwest and southeast of the Yidby Road prospect. It targeted structural breaks and porphyry intrusions associated with the major structures hosting the mineralisation.

Notably, several follow-up targets for extensions and repeats of the Yidby Road mineralisation have been discovered. Other significant findings are illustrated below- 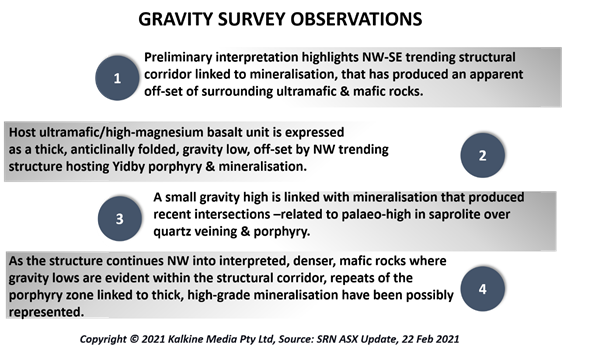 A soil sampling survey has also been carried out at the Yidby Road prospect. The survey extended northwest and southeast of the drilled area over a 1.6 km strike length.

While the approval of the Yidby Road PoW has paved the way to begin a major new RC drilling, the survey results are encouraging and signal towards further regional-scale drill-testing. It will be interesting to watch an exciting turn of events unfold at Surefire Resources in the near future.