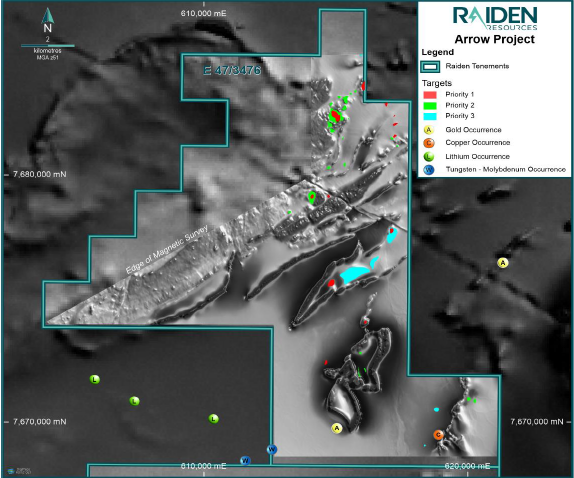 Raiden had involved MAGSPEC Airborne Surveys Pty Ltd to acquire detailed magnetic data across the northern Arrow tenement. The magnetic survey was conducted along north-south traverse lines spaced 25m apart while flying close to the surface at the height of 30m. Preliminary processing of the magnetic data was done by MAGSPEC. For additional processing and interpretation, Raiden took professional services of Terra Resources Pty Ltd. 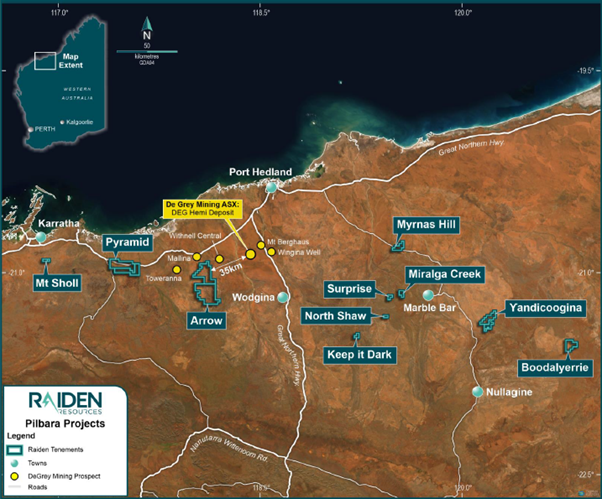 Mr Dusko Ljubojevic, Managing Director of Raiden, said that the magnetic survey on the Arrow had boosted the confidence in the targets significantly and had led to a quantum of additional targets warranting investigation.

“We will initiate field verification of various targets immediately in order to prioritise the targets, as well as undertake IP across high-priority areas. At the same time, permitting for drill rig access will commence concurrently.” 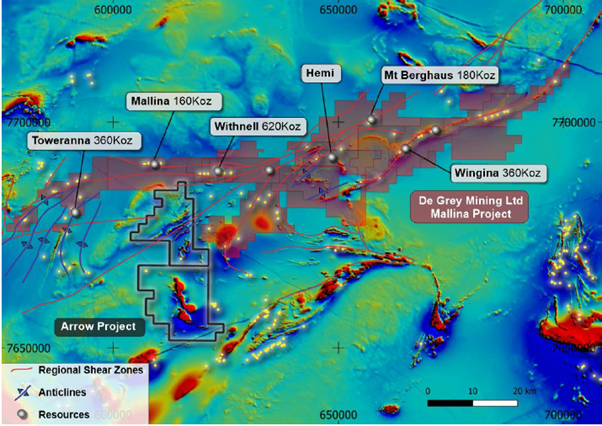