Junior mining company Raiden Resources Limited (ASX:RDN / DAX:YM4) has shared a presentation with the market to highlight its assets portfolio spread across the Pilbara region in Western Australia. 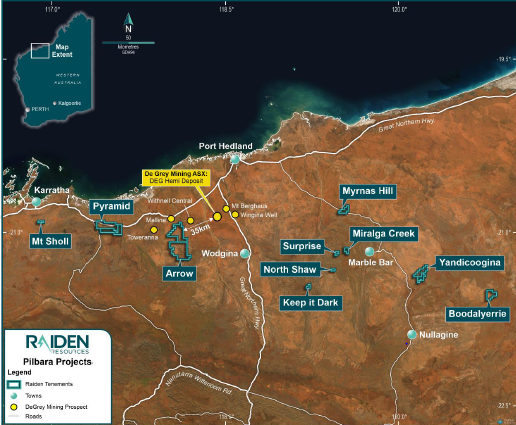 Arrow Project lies in the rapidly emerging gold district of Malina Gold Province. The region exhibits the potential for structurally controlled gold mineralisation. The project lies directly along the strike of the Hemi discovery of De Grey Mining (ASX:DEG).

The magnetic imagery has revealed six priority targets with the tenure of Arrow. The geologic interpretation has confirmed the presence of Mallina formation across the project area. The formation is significant as it belongs to De Grey Supergroup. Gold-bearing structures linked to Hemi and Withnell deposits traverse through the northern extent of the tenure.

Raiden recently concluded a high magnetic survey on the project, and interpretation will commence soon. Once the data from the magnetic survey is interpreted and targets are identified, the Company would begin the field reconnaissance program. 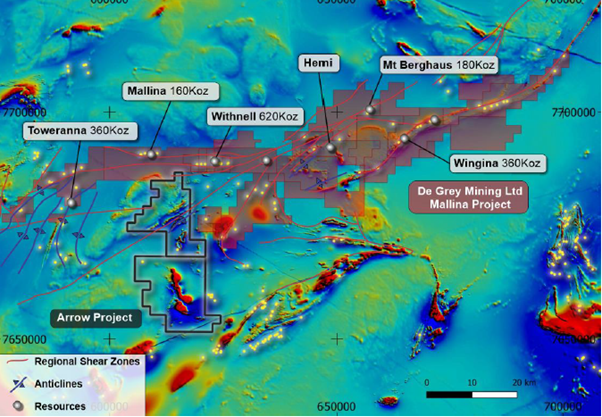 Significant intercept results have been obtained from the limited drilling programmes on the project.

The APEX Basalt unit situated at the south of the project is highly unexplored, and it holds an estimated mineral resource of 43.7Mt @ 1.06g/t Au for 1.495Moz. 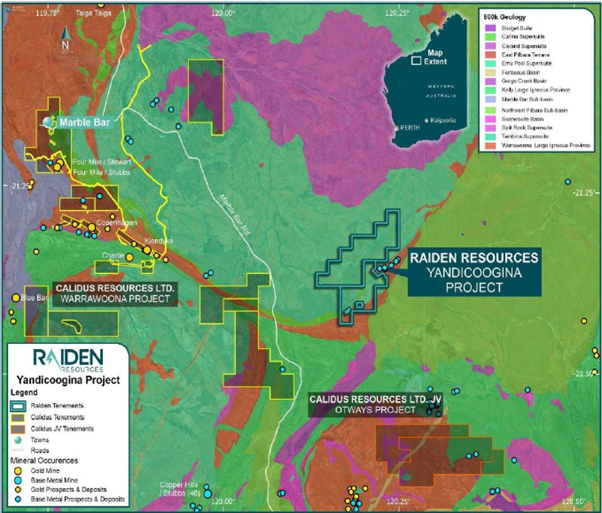 Raiden has planned a field mapping and sampling program on the tenure to commence in a few weeks.

Mt Sholl tenure is located 10km north-east of the Radio Hill mine. The geology of the tenure is interpreted as a lopolithic intrusion with upper layered gabbro overlying a basalt ultramafic zone.  Historical drilling has identified a mineralisation zone, up to 20m thick above the basalt contact.

Some of the significant drilling intercepts are mentioned below:

Raiden is undertaking geophysical reprocessing to refine the targeting model by using the data from the existing magnetic and electromagnetic surveys. Once it is done, RDN will commence field reconnaissance to assess the target potential. 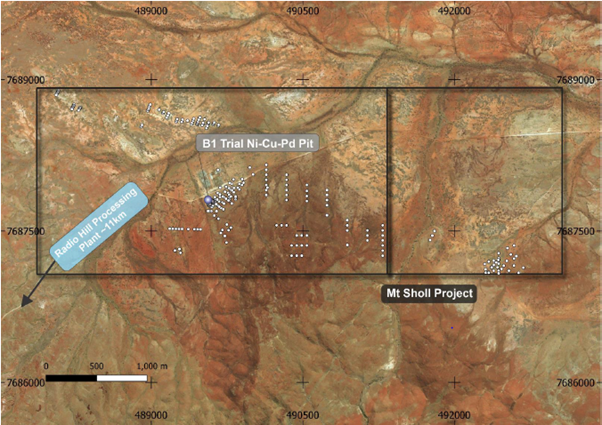 A small-scale trial mining was undertaken on the B1 open pit of the project.

Boodalyerrie Project has an extensive high-grade sheeted vein complex within a sericite-silica-altered tonalite body. The project boasts the presence of multi-kilometre strike gold-bearing vein systems with depths up to 10m across the project. The historical small-scale underground mining extracted ores with an average gold grade of over 150 g/t. The tenure remains underexplored, and rock chip samples have yielded significant gold results up to 39g/t.

To assess the potential of the tonalite body, Raiden would plan a field reconnaissance within the coming months. 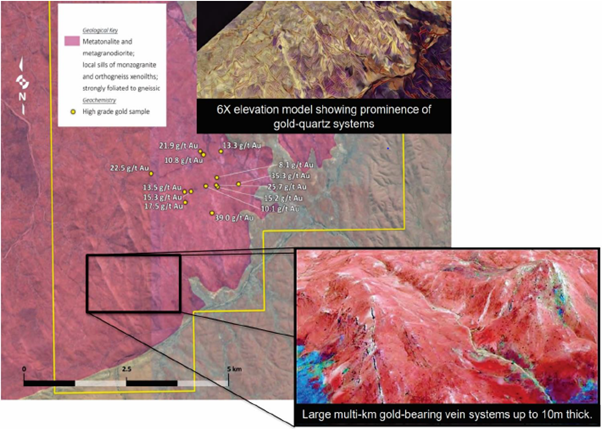