The Western Australian project is at the core of the company's revised strategy focused on building a gold portfolio in proven Australian provinces. The company owns 100% interest in the project. 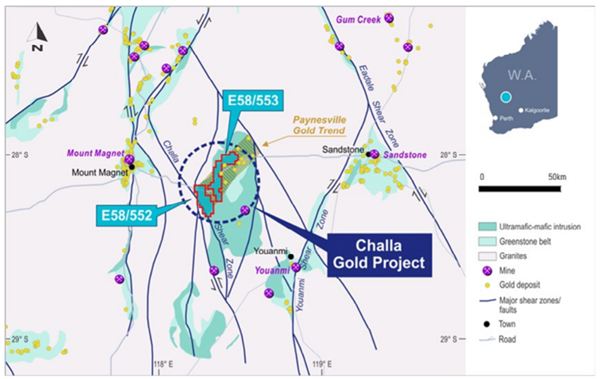 Platina Gearing Up for Maiden Drilling at Challa Gold Project

PGM is primarily focused on accelerating its endeavours towards the development of Challa Gold Project.

Notably, the Company is stepping closer towards its first maiden drilling program at the project as the final soil sampling program is expected to complete in a week. The comprehensive program follows earlier promising assay results from selective sampling of outcropping veins (grades of 5.89 grams per tonne and 1.62 grams per tonne of gold in rock chip samples).

The unique sampling program of the company had distinguished anomalous bedrock through the transported cover, according to Platina Managing Director Corey Nolan.

A Flashback to Previous Activities on Challa Gold Project

Exploration activities on the Challa Gold Project began in November 2020. So far, the company has completed over 1,880 soil samples.

The soil sampling has located various prospective targets that will be drilled during the drilling phase.

Due to transported sands and silts covering a large part of the project area, the region was not systematically explored in the past, which means it has a lot to offer in terms of the precious yellow metal.

Why Challa Gold Project is Significant

The project location makes it highly promising as it sits between the proven gold districts of Mt Magnet and Sandstone, 500km N-E of Perth in Western Australia. The Sandstone province, Mt Magnet and nearby Youanmi gold mine have produced significant ounces of gold.

Platina Plans to Add More Gold Assets to the Portfolio

On the back of excellent performance of the yellow metal in the pandemic era and a positive outlook of gold assets, Platina is examining various new gold project opportunities.

The company remains committed towards expanding its gold footprint in Western Australia. It has identified multiple projects, and negotiations with related parties are progressing well. These projects, if added to the company's portfolio, will complement its strategy and existing projects.