Nova Minerals Limited (ASX:NVA) is galloping ahead at its flagship Estelle gold project on a mission  to unlock the gold mineralisation potential and open up the district. The drill core recovered from the drilling operation are evident of the fact that the Company is headed in the right direction and hitting the holes with the right mineralization.

During the last quarter, on 16 June 2021, Nova announced that it had mobilised one drilling rig to the RPM prospect. Three drill three holes have been drilled on the prospect, and the core samples have been dispatched to the lab for further analysis. The rocks in the drill core indicate that the drilling rods are hitting the target and intersecting the mineralised zone on what’s shaping up to be a large RPM prospect. 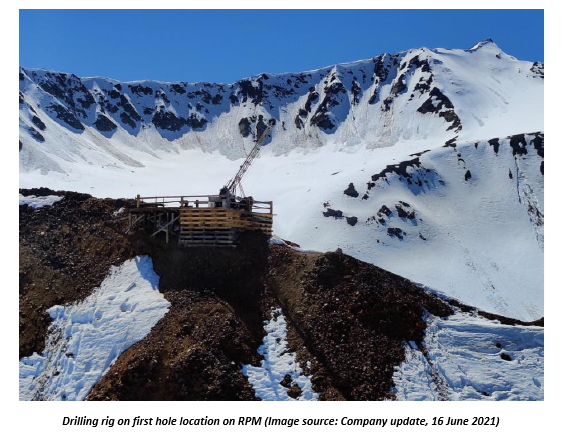 The drilling operation on the first three holes has hit fine-grained disseminated pyrite and pyrrhotite. Minor amounts of chalcopyrite and arsenopyrite have also been observed throughout the hornfels. These are considered to be important indicators of gold mineralisation, to ascertain which a thorough and detailed analysis will be done by the assaying lab. 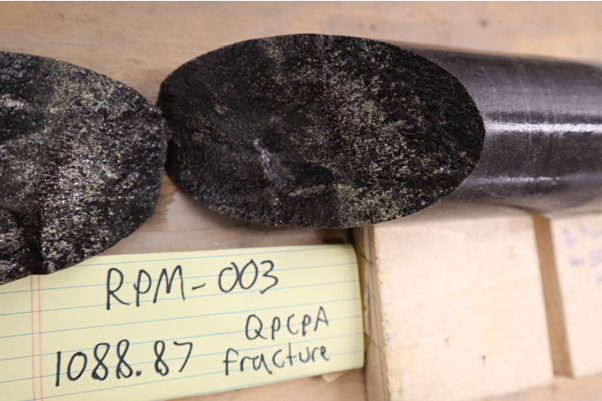 The presence of minerals in the hornfels of RPM-001 is identical with the observed minerals in historical hole SE12-008. RPM-001 is a direct twin of SE12-008, with both having similarity in their veins as well. Nova redrilled and resampled SE12-008 to extend the depth of mineralisation at RPM. 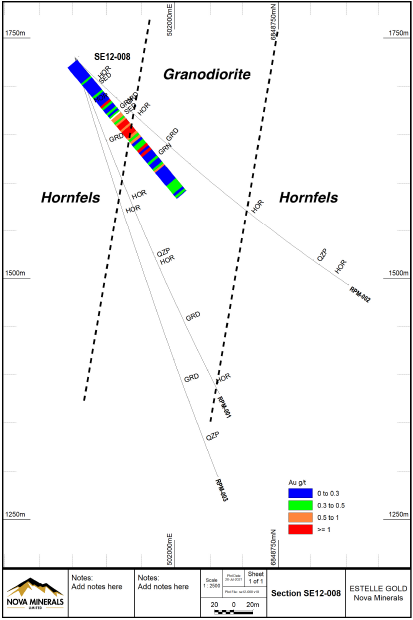 Re-sampling of the historical hole resulted in encouraging gold numbers which include:

Commenting on the outcomes of the first three holes, Mr Christopher Gerteisen, CEO of Nova Minerals, said that the drilling team was hitting the target and intersecting the mineralised zone on RPM. Citing the correlation with the historical hole, the CEO also expressed confidence in RPM’s significant potential.

Mr Gerteisen also indicated that the ongoing drilling program would be running over the coming months.

“In time, we expect to define multiple new shallow gold resources that will further support our goal of aggressively growing the resource inventory as we continue to move towards gold production at the Estelle Gold Project. We will keep the market updated on the results of these programs as we progress. We currently have 4.7Moz at the Korbel Main deposit, which represents just the beginning of our Estelle journey,” he further added.