Among several key developments of Zenith Minerals Limited (ASX:ZNC) is the ongoing initial follow-up drilling as part of the 30,000m drilling program at the Earaheedy Joint Venture (EJV). The follow-up drilling is intended to scope out the scale potential of the Chinook Zinc-Lead discovery.

The project comprises two key prospects, namely Chinook and Magazine, which are located at a distance of 12km from each other. 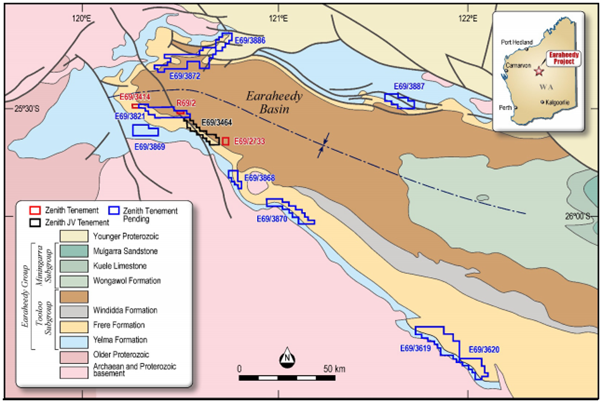 The initial assay results from the recently initiated drilling program at the Chinook Zinc-Lead discovery have established broad zones of mineralisation and have substantially extended the mineralised envelope at the zinc discovery to 3km by 1.8km. 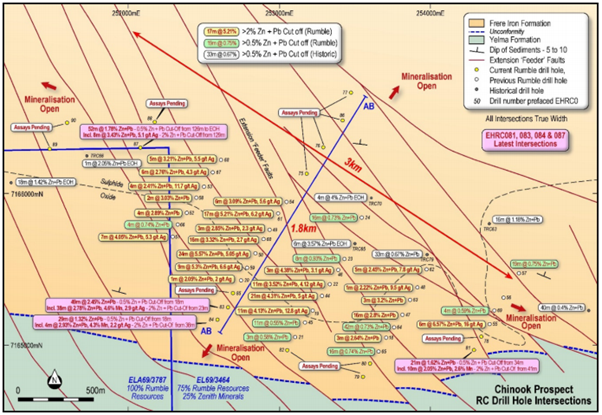 Opportunistically, the mineralisation envelope has increased to 3km by 1.8km from the previously known dimensions of 2km by 1.2km, which is a double in areal extent.

Besides this, a very broad near-surface up-dip oxide mineralisation highlights the possibility for large-scale oxide resources.

ZNC also intersected a very thick vertical zone of mineralisation with a higher-grade core through the first RC drill hole 500m along strike to the northwest.

The mineralisation has been lifted on several instances by the normal faults on the eastern drill limits of the Chinook prospect to open pit-type depths and is still open. Further, confirmation for NW to NNW-orientated gravity trends associating with the earlier inferred feeder faults that underlie Chinook has been received through the initial gravity survey.

To date, ZNC has completed roughly 8% or 13 holes (2,500m) of the planned program. The Company looks to advance the Chinook discovery through various exploration programs that would unravel the true potential of the prospect.

The Company is continuing with the RC and diamond drilling at the project, scoping out the limits of the Zn-Pb-Mn-Ag mineralisation at the Chinook prospect.

At present, there is one RC and diamond drill rig onsite, while RC rig 2 and 3 are expected to arrive over the coming weeks.

ZNC seeks to enhance its understanding of the overall extent of mineralisation. Once this is achieved, the Company will focus on defining zones of higher-grade Zn-Pb-Mn-Ag mineralisation.

Moreover, the Company has planned a gravity survey along strike between Chinook and Magazine to assist with the targeting of the prospective Zn-Pb-Mn-Ag mineralisation.