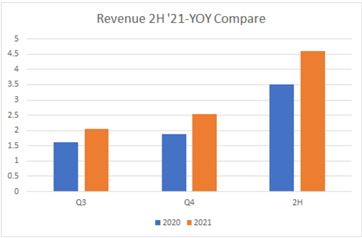 The company exhibited a steady growth, having raised AU$0.851 million invoices in March, followed by AU$0.887 million in April and AU$1.01 million in May. 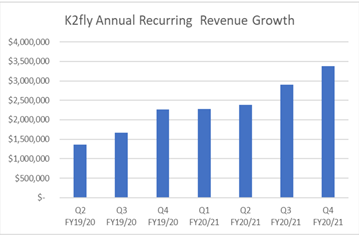 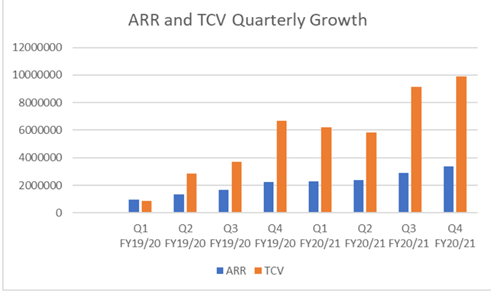 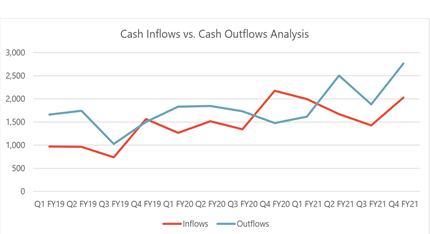 In Q4 FY21, K2F had a positive cash movement of AU$5.382 million. During the quarter under review, it generated net cash inflow of AU$6,781 million from financing activities. The Company had issued 25 million shares at an offer price of AU$0.29 to raise funds of AU$7.25 million.

K2fly’s net cash outflow stood at AU$0.656 million from investing activities and AU$0.736 million from operating activities. It invested AU$0.628 million in product development across its RCubed V2, Mine Technical Assurance and Next Gen solutions. This was on the back of significant investment of AU$0.53 million in the March quarter where K2F had decided to further develop its own IP to enhance its current Software as a Service (SaaS) product suite. Some of these developments relate to the SATEVA suite (which was still under development at the time K2F acquired SATEVA in October 2020).

Revenue supported by all businesses

K2fly said that the business received support from all of its solution offerings, especially RCubed and Mine Technical assurance suite, during the second half of the year.

In the March quarter, cloud-based platform RCubed registered strong sales from North America including Alcoa and Coeur Mining as well as landmark heritage deals with Rio Tinto Iron Ore and Griffith University.The June quarter proved to be a strong quarter for its Mine Technical assurance suite (formerly SATEVA) across Roy Hill and Rio Tinto.

The company had launched the full Mine Technical assurance solution from the SATEVA suite of products in May 2021. It started with a five-year deal worth AU$2.44 million with Roy Hill.

In June, it expanded its relationship with Rio Tinto Iron Ore by signing an agreement to implement its Maximum Return, Geology Data Management solution. The three-year deal has a total contract value of AU$0.75 million.

Besides, the company has signed a 12-month reseller (partnership) agreement with Descartes Labs (DL) which will see K2fly resell DL Deformation solutions. Descartes Labs is a geospatial intelligence company based in Santa Fe, New Mexico.