Australia-based mineral exploration company Jindalee Resources Limited (ASX:JRL) enjoyed a productive first half of FY21, advancing its core projects in the US and Australia.

During the half-year period, Jindalee’s efforts were primarily focused on its flagship US-based McDermitt lithium project. The Company progressed with the drilling designed to increase McDermitt’s current resource and exploration target and continued metallurgical testwork to de-risk the project further.

Additionally, the Company enhanced its ground position in the Widgiemooltha area and acquired some other projects in Western Australia (WA). Jindalee broadly operated in line with its strategy of identifying and acquiring projects having the potential to transform the Company.

Let us quickly browse through the course of events that defined 1H FY21 for the mineral explorer:

Jindalee completed 15 reverse circulation (RC) holes at the McDermitt Project in mid-December 2020. The drilling was designed to boost the size of the existing Inferred Resource as well as exploration target and convert a portion of the Inferred Resource to Indicated status. 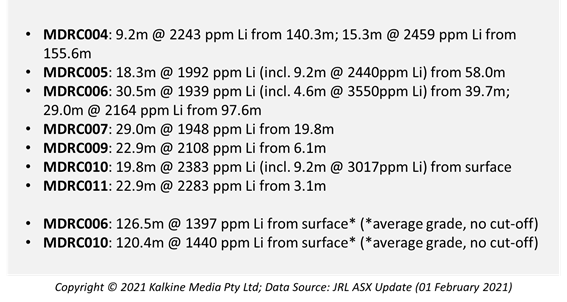 Jindalee is waiting for the remaining results from the McDermitt drill program that will be included in the project database.

In August last year, Jindalee reported that beneficiation of McDermitt ore through attrition scrubbing at 20 per cent solids had:

During the half-year period, Jindalee added to its current ground position in the Widgiemooltha area and secured further prospective tenements in WA. The WA Mines Department (DMIRS) approved a Programs of Work to test gold targets at Chalice and Mandilla at Widgiemooltha in 1H FY21, with drilling anticipated to start in mid-2021. 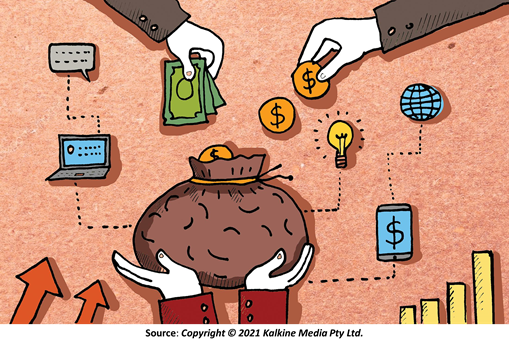 The Company completed a placement of 3.85 million shares at A$0.32 to raise A$1.23 million in September 2020. Besides, the mineral explorer announced a 1 for 20 non-renounceable pro-rata entitlement offer to shareholders to raise A$0.62 million in 1H FY21.

Subsequently, in November 2020, the Company also issued 50k shares following the exercise of 50k unlisted A$0.40 options issued in line with its Employee Share Option Plan.

Jindalee’s cash balance stood at A$1.4 million at the end of the reporting period. With a decent capital position, the Company is in a sound financial position to undertake its exploration endeavours.

Looking forward, Jindalee has planned significant activities for the McDermitt project, which include:

On the back of the noteworthy developments, Jindalee’s share price soared by over 128 per cent in the first half of FY21. The Company’s shares traded at A$1.555 on 4 March 2021.