Imugene Limited (ASX:IMU), renowned for developing transformative cancer immunotherapies, has marked a major leap in its CHECKvacc clinical trial. The company today announced that City of Hope® has dosed the first patient in cohort 3 in the Phase I clinical trial of oncolytic virotherapy candidate, CHECKvacc (CF33-hNIS-antiPDL1). City of Hope® is one of the largest cancer research and treatment organisations in the United States.

The first-in-human, Phase 1, single-centre, dose escalation study of CHECKvacc is enrolling subjects suffering from TNBC (triple negative breast cancer). The trial is being conducted with an objective to analyse the safety and initial evidence of efficacy of intra-tumoural administration of CHECKvacc (CF33-hNIS-antiPDL1) against metastatic TNBC.

According to the set design, the trial will involve a dose escalation. At the final dose, 12 patients will be dosed. The final dose will be the recommended phase 2 dose (RP2D). 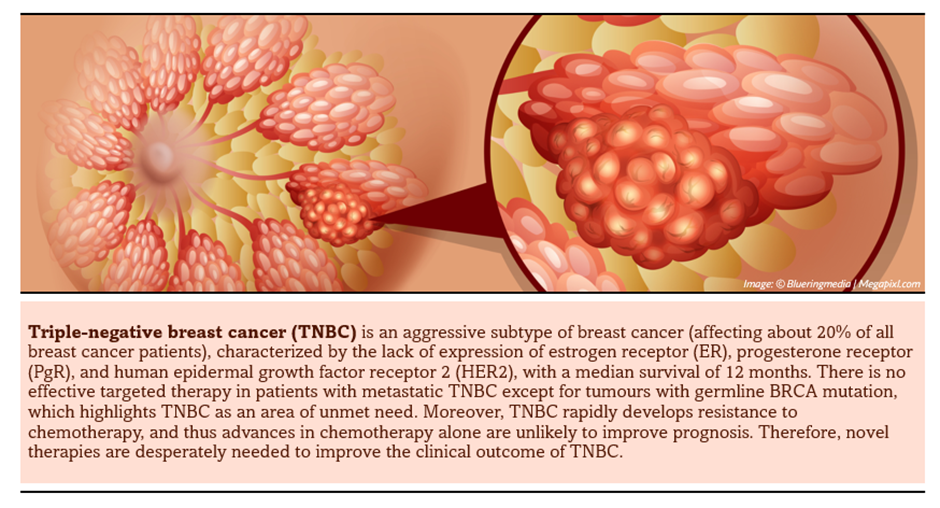 CHECKvacc is a novel immune checkpoint inhibitor armed chimeric vaccinia poxvirus. It has been designed at the lab of CF33 inventor Professor Yuman Fong, Chair of Sangiacomo Family Chair in Surgical Oncology at City of Hope. Professor Yuman Fong is one of the renowned experts in the oncolytic virus field. Oncolytic viruses (OVs) have been developed to selectively destroy tumour cells and trigger the immune system against cancer cells. It holds the potential to increase clinical response as well as survival.

Cells infected with CF33-hNIS-antiPDL1 contain functional hNIS and anti-PD-L1 proteins. The transfer of hNIS gene virus can be tracked through radioiodine therapy and non-invasive imaging. The preliminary animal studies by City of Hope showed that tumour cells infected with CF33-hNIS-anti-PD-L1 were able to secrete functional hNIS and immune checkpoint inhibitor anti-PDL1. It was concluded that CF33-hNIS-antiPDL1 is safe, and it detects and destroys TNBC at doses several magnitudes lower than other oncolytic viruses currently under clinical testing.

Extensive studies have also been undertaken in mice having TNBC and other cancer. It was observed that CHECKvacc allows the visualisation of viral distribution in animals by non-invasive imaging. It places cancer killing lymphocytes in the parts having cancer.

To know about dosing of first cohort 2 patient in CHECKvacc’s Phase I trial, read here. 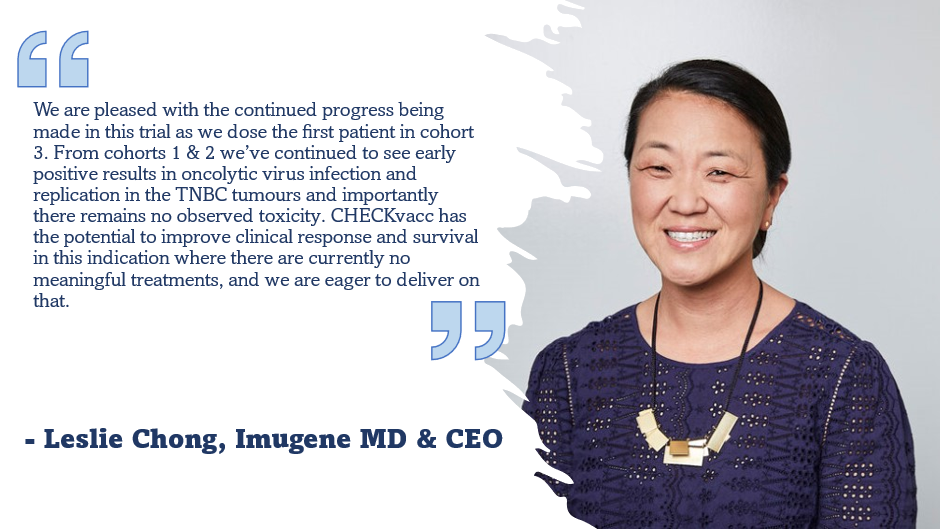