Medical software technology company ImpediMed Limited (ASX:IPD) witnessed a progressive Q221, despite the COVID-related impacts. The Company’s overall business results have been positive, and the SOZO® business performance has been particularly impressive. The “land and expand strategy” continues to gain traction and accelerating growth. 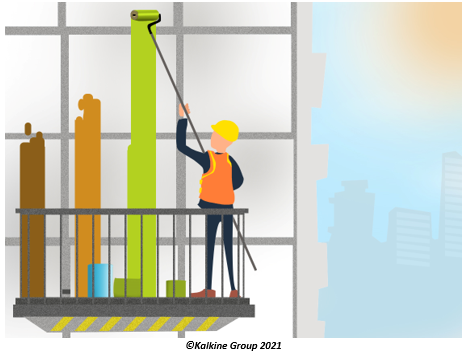 MD & CEO Richard Carreon believes that there is significant momentum in the business and together with the conclusion of the PREVENT trial driving private payor adoption, the Company may experience “a seminal year”.

During the reporting period, the Company continued its progress around three large and growing markets with an annual addressable market worth over $ 2 billion- oncology, heart failure and renal failure.

Launched by ImpediMed in 2017, SOZO® is an FDA-cleared, CE-marked and ARTG-listed digital health platform. As per the Company, it is the world’s most advanced BIS (bioimpedance spectroscopy) device.

Witnessing a record quarter, in Q221-

Notably, the land and expand strategy seems to be accelerating ImpediMed’s overall growth. 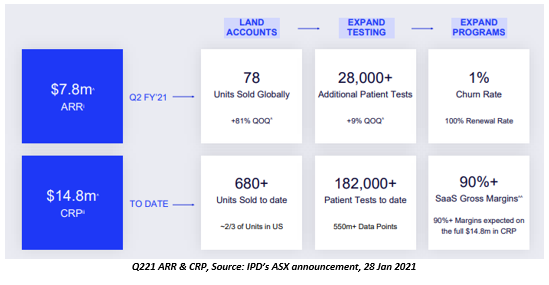 The Company continued to make developments across the three markets with significant opportunities.

ImpediMed (ASX:IPD) Edges Up on ASX on Acquiring HITRUST Certification

In the near-term, the PREVENT Trial manuscript remains on schedule for late February 2021 submission by the Principal Investigators. 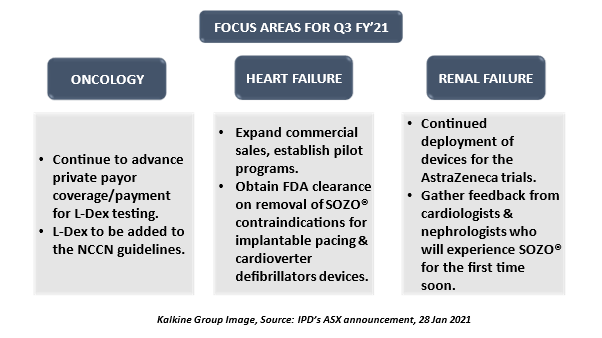