Notably, the gold project situated in the Western Australian goldfields is one among the five satellite projects that complement the baseload Boorara gold project as part of the consolidated Feasibility Study.

Following the significant update, HRZ shares marked an uptick of ~5% from the previous close, trading at AUD 0.110 on 31 March 2021.

Commenting on the latest drilling results, HRZ Managing Director Mr Jon Price stated that the impressive assays continue to validate the potential scale as well as the quality of both Crake and the whole Binduli project area. He indicated that Company intends to release updated resource and complete the reserve generation work. Horizon expects to confirm Crake Project as a significant and high-grade satellite ore source that would complement the baseload Boorara deposit. 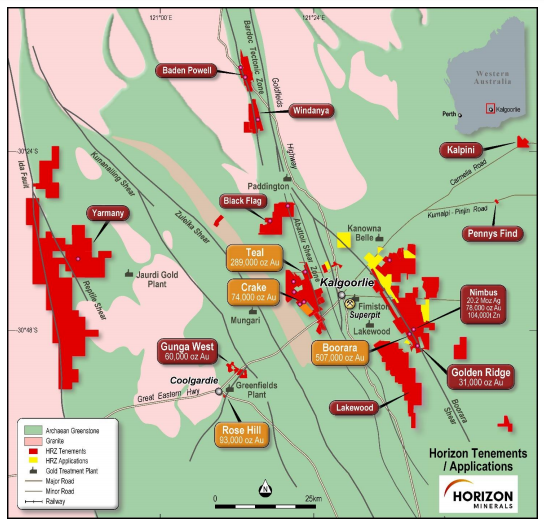 A snapshot of the Crake Gold project

Crake’s geology is like the 390K oz Janet Ivy open pit, located ~1.5km to the south, where a structurally controlled feldspar porphyry host gold. At Crake project, the gold mineralisation strikes northwest while dips shallowly to the southwest.

In the previous quarter, Horizon Minerals undertook the drilling program comprising 51 RC (Reverse Circulation) and three diamond drilling holes for a total advance of 5,043 metres up to 174 metres depth.

Horizon has now received all one metres split assay from the drilling program, which would enable independent consultants Entech to compile an updated Mineral Resource estimate.

The new model is anticipated to be complete in the June quarter this year. Mine optimisation and further design work will then be carried out for generating a maiden Ore Reserve (as part of the consolidated Feasibility Study).

Lens through the Results

The staged drilling campaigns comprised the 2020 drilling at the Crake Project. The results of the initial two campaigns were released last year and intercepted sizeable mineralisation to the northwest. 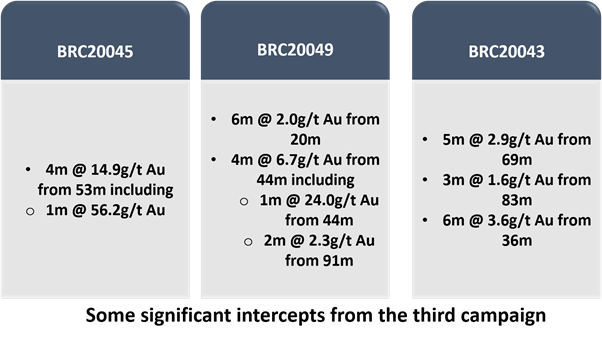 The drilling once again returned broad zones of low-grade gold with high-grade shoots. It suggests an extension of Crake mineralisation to further west and northwest. Following MRE finalisation, Horizon will complete a review of the project’s exploration upside and resource extensions.