The exploration endeavours of Horizon Minerals Limited (ASX:HRZ) are riding high at its 100%-owned Windanya and Baden Powell gold project areas, with the continuity of high-grade gold results from the ongoing Aircore and RC drilling. 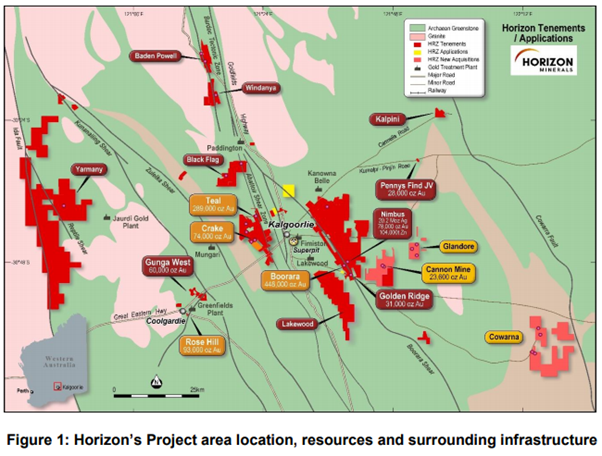 Significantly, robust gold grades were reported at the new Scorpio and Gemini prospects on the grounds of the Windanya project area, along with significant mineralisation from infill drilling at Baden Powell.

Casting an eye on the Drilling Results at the Windanya Project

The priority target area, situated 1.5 kilometres north of the Capricorn prospect, has an exceptionally high-order anomaly (626ppb Au) against a background of < 30ppb Au, as demonstrated by ultrafine soil sampling.

Six aircore holes drilled to refusal across the anomaly returned the best results in WAC20019. The results include:

At Gemini prospect, Horizon completed seven holes for 673 metres as a part of follow-up RC drilling to return significant results. The new drilling indicated the presence of a stronger supergene component and complexity compared to what was previously known. Follow-up AC drilling is planned. 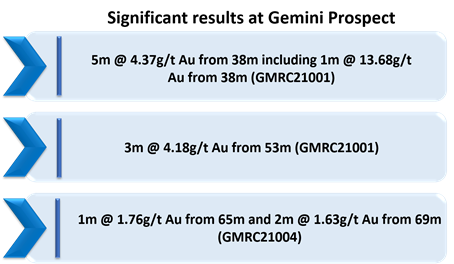 Meanwhile, seven AC holes for 256 metres and nine shallow RC holes for 510 metres were drilled at the Scorpio prospect. The discovery hole WAC20003 intercepted shallow, high-grade, quartz vein mineralisation within a weathered ultramafic host rock. The mineralisation at the Scorpio prospect is open in all directions, with a follow-up drilling planned.

A total of 17 RC holes were completed in infill drilling for 924 metres, with significant mineralisation continued to be intercepted. 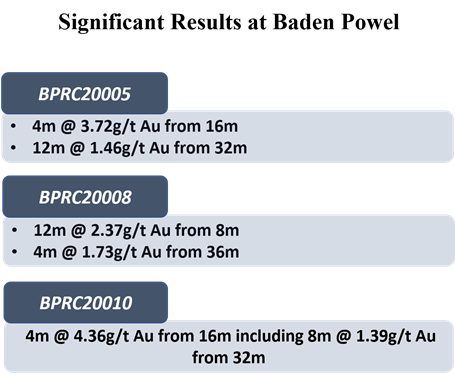 The drilling has proven successful in mapping out the shallow strike continuation of the main Baden Powell mineralisation. Horizon intends to incorporate the results into a Mineral Resource Estimate scheduled for the December Quarter 2021.

The drilling activities at the Windanya and the Baden Powell gold project areas form part of the 50,000-metre drill program for the current year. The program aims to organically expand the project pipeline within a 75-kilometre radius of the proposed Boorara mill augmenting the six core development projects, which the Company is evaluating as part of the consolidated Feasibility Study.

While the Company intends to conduct a follow-up RC drilling for Capricorn, Gemini, Scorpio and Badel Well, a resource estimate is planned for Capricorn and Baden Powel. Horizon has also planned drill testing of many new identified targets centred in the widespread Aquarius soil anomaly and Capricorn-Eureka trend in 2021.